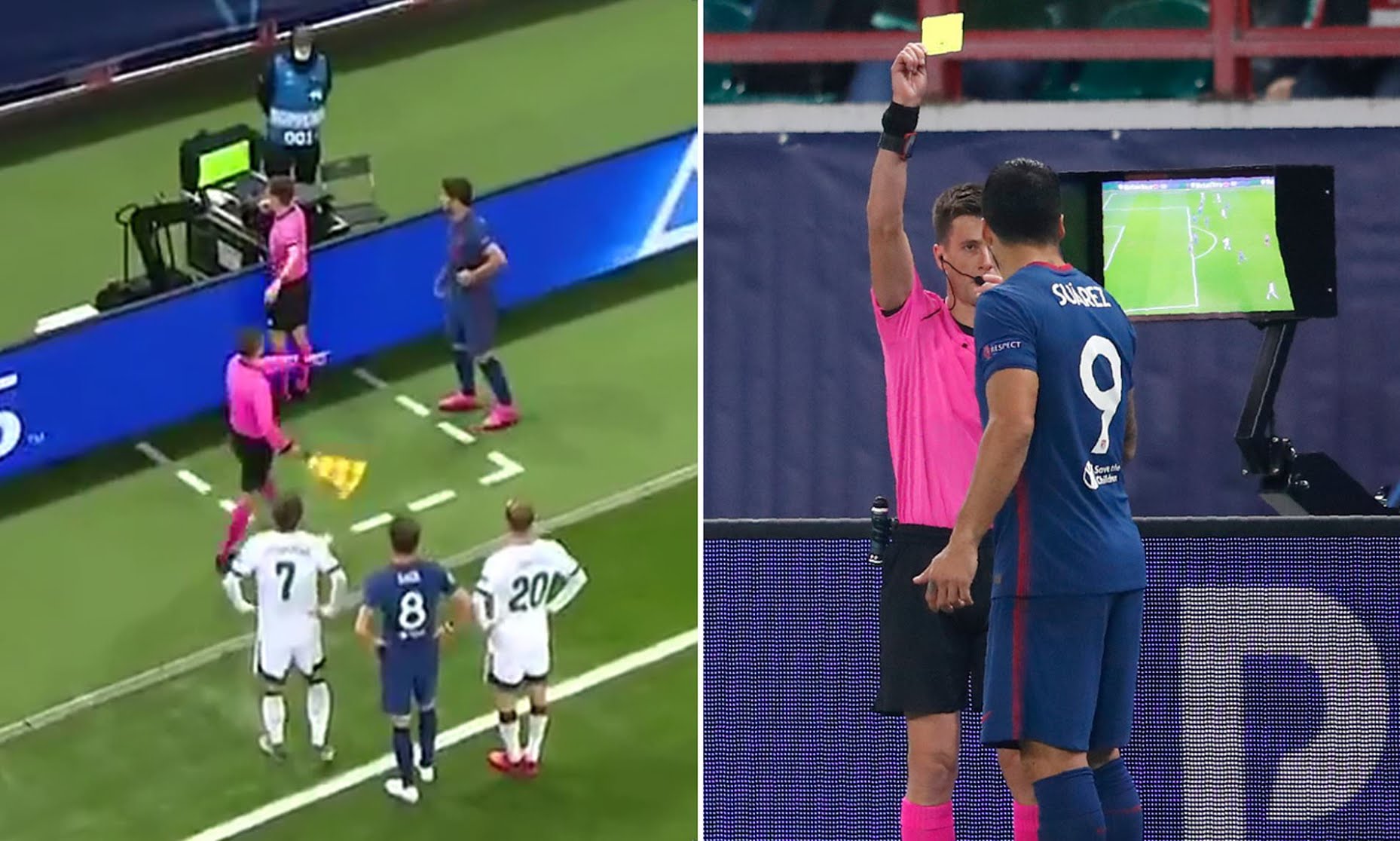 Former Barcelona star, Luis Suarez picked up what must surely be the strangest yellow card of his career during Atletico Madrid’s trip to Moscow on Tuesday evening.

With Atletico already 1-0 up, hosts Lokomotiv Moscow almost forged themselves a chance to equalise in the 20th minute when the ball struck Hector Herrera’s arm in the penalty area.

The decision went to a VAR review as referee Viktor Kassai trotted over to the touchline monitors to watch a replay of the incident.

However, Kassai was joined by Suarez, who decided to sneak a glimpse for himself.

Unfortunately, the Uruguay striker crept a little too close for Kassai’s liking, with the referee first doling out a quick yellow to Suarez for entering the VAR review area before also awarding the spot kick to Lokomotiv, which was duly converted by Anton Miranchuk and the game finished 1-1.