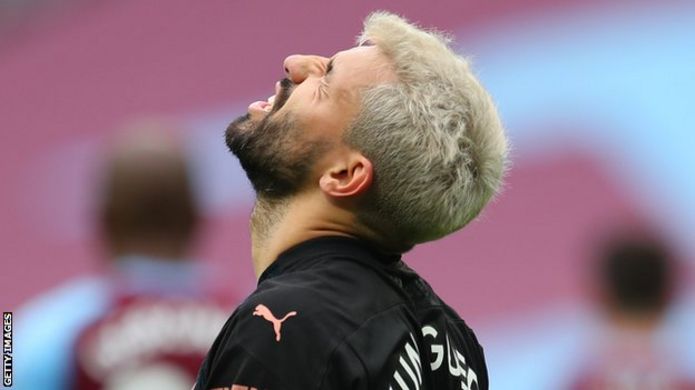 Aguero, 32, suffered a hamstring strain against West Ham in October which has kept him out of the previous two games.

Guardiola says he will not rush back the Argentine – who previously spent four months out with a knee problem – for Sunday’s match with Liverpool.

“I feel sure after the international break he will be better,” he said.

City are top of Group C after two matches, following victories over Porto and Marseille.