Nigerian actor, Timini Egbuson, does not seem to be a great fan of Valentine’s Day and he recently took to his Twitter page to share his thoughts on it. 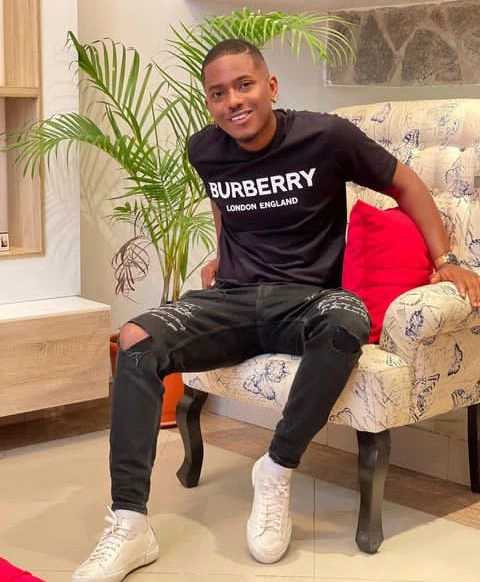 The film star who did not really explain what he had against the popular lovers’ day, revealed what should be done to keep lovebirds at home.

The year 2021 started on an uneventful note for most people but it wasn’t long before people started to focus their attention on the upcoming lovers’ day that holds on February 14.

Even with Valentine’s Day still being several weeks away, lovers already made it tiresome for single people on social media with their constant display of affection and vendors did not make it easier with their special packages for people in love. 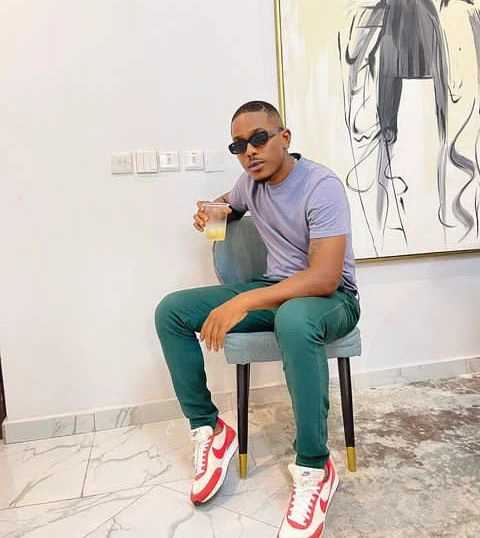 In his tweet, Timini suggested that there should be a national lockdown on February 14. According to him, the Valentine fever was spreading too much.

“We need a full national 24 hours lockdown on Valentine’s Day. This thing don dey spread too much” 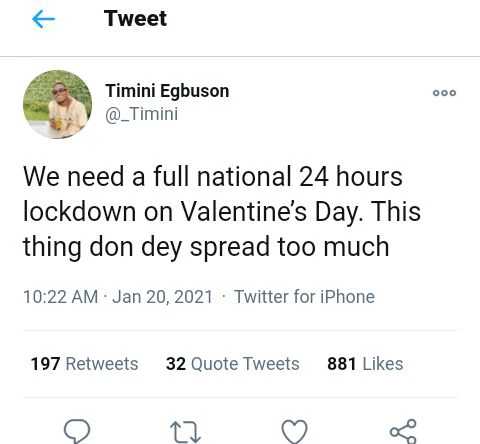