Ex-Big Brother Naija (BBNaija) housemate Nina Ivy recently got her fans and followers on social media talking after she shared online the cause of the recent ups and downs between her and Reality star, Diane Russet. 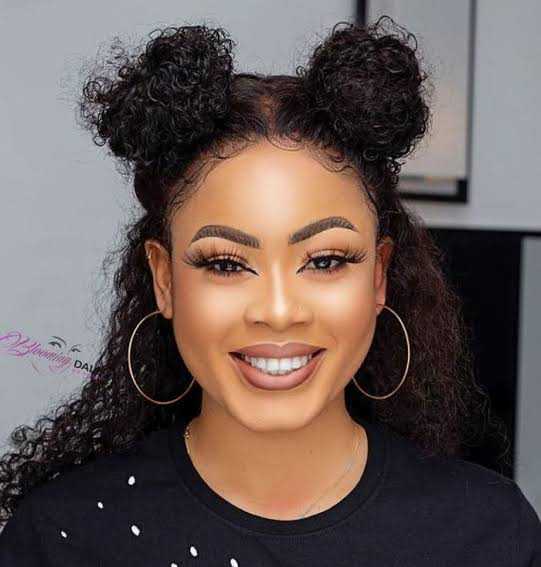 The reality star in her reply to a fan who asked her why she unfollowed her fellow Big Brother Naija housemate said that because she corrected Diane in a post she made, Diane unfollowed her and she also retaliated. 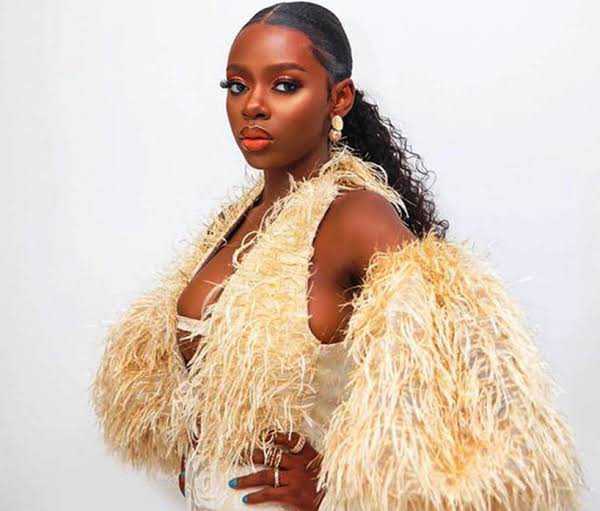 However Nina added that despite the ‘beef’ between them she still loves Diane Russet. 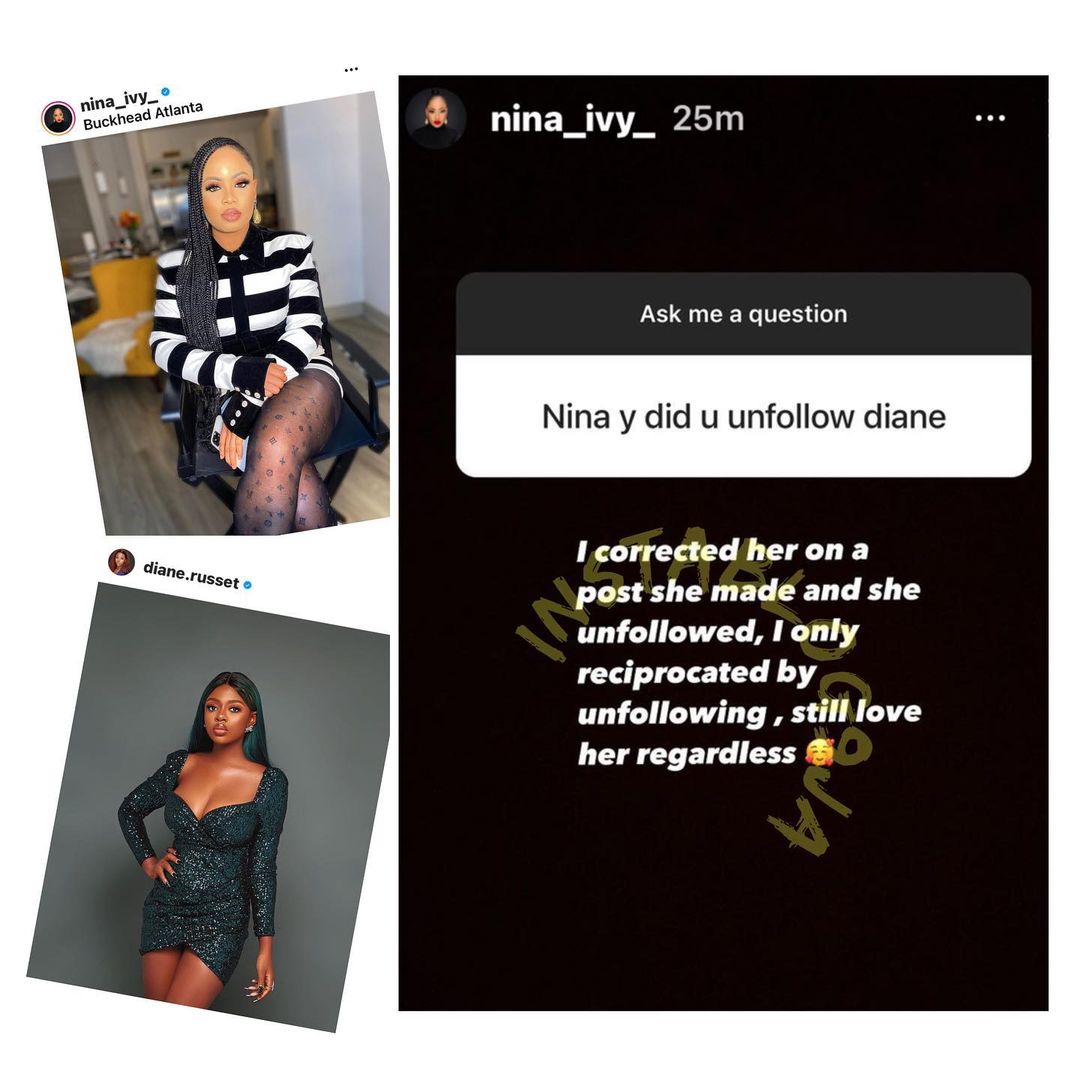