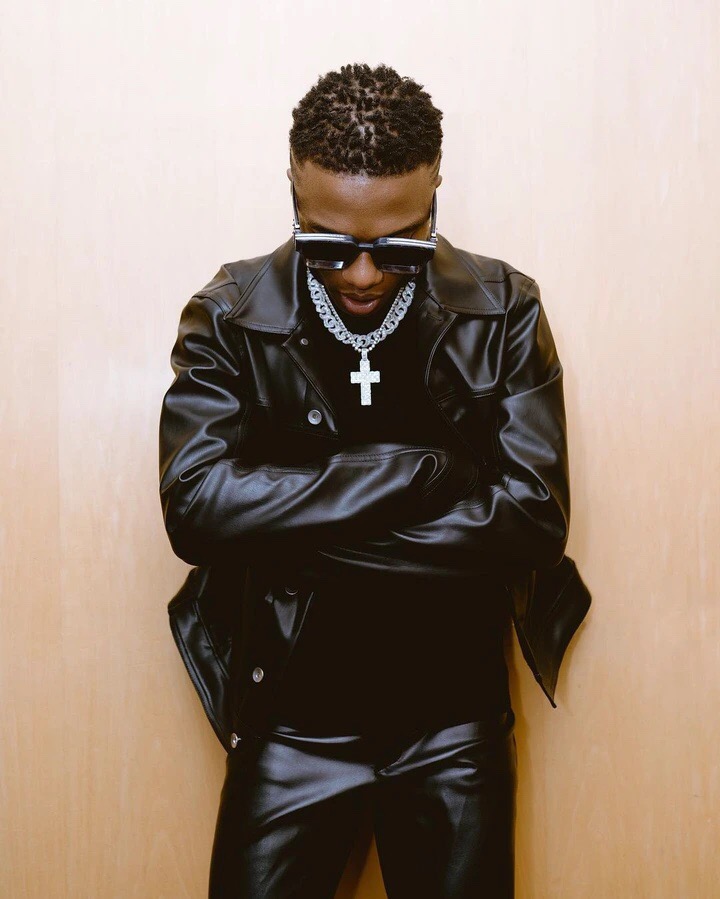 Media users recently digged out a video clip from Davido’s 30 Billion UK Tour in 2018 when he brought on stage, Wizkid, with both of them performing his hit song Manya in front of a surprised and cheerful UK audience. 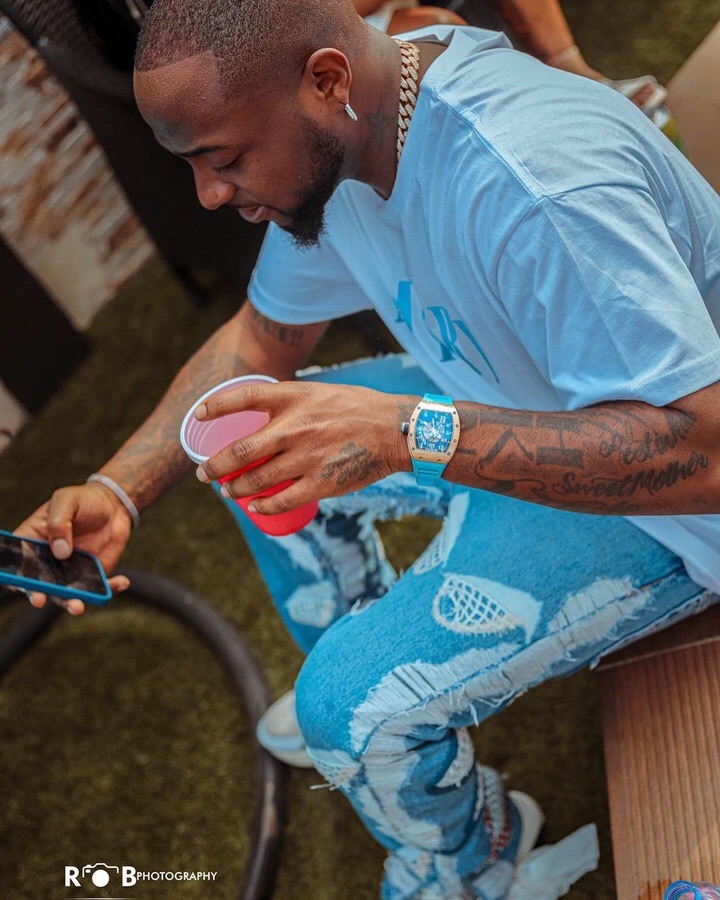 Here are photos from the moment: 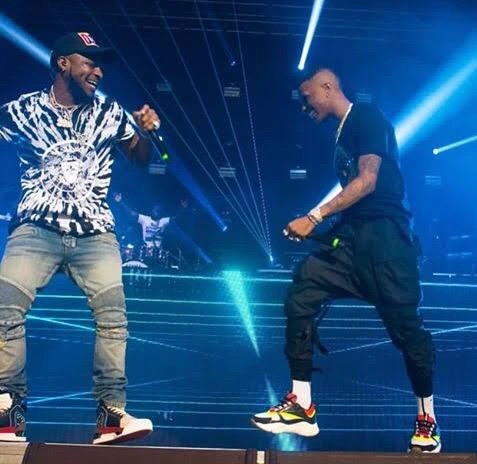 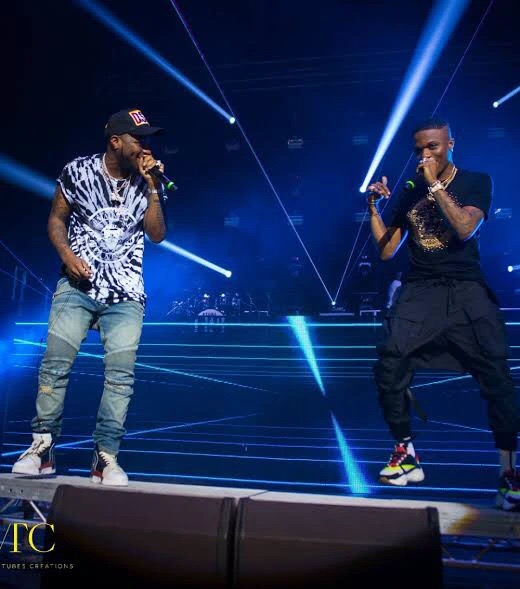 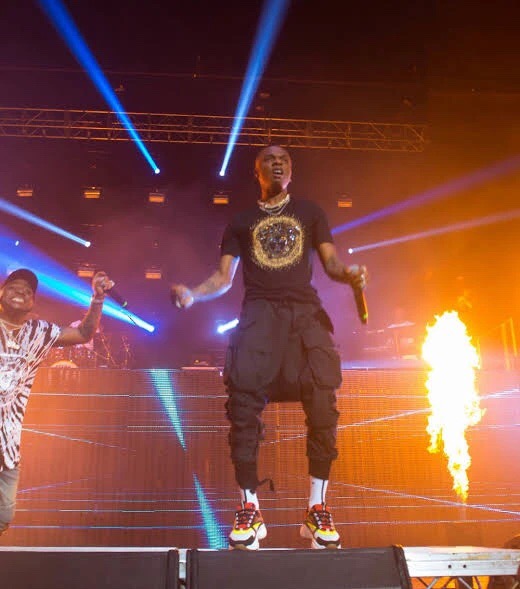 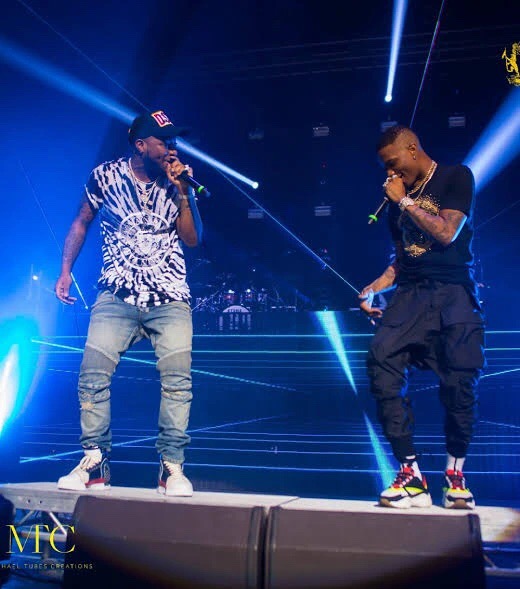 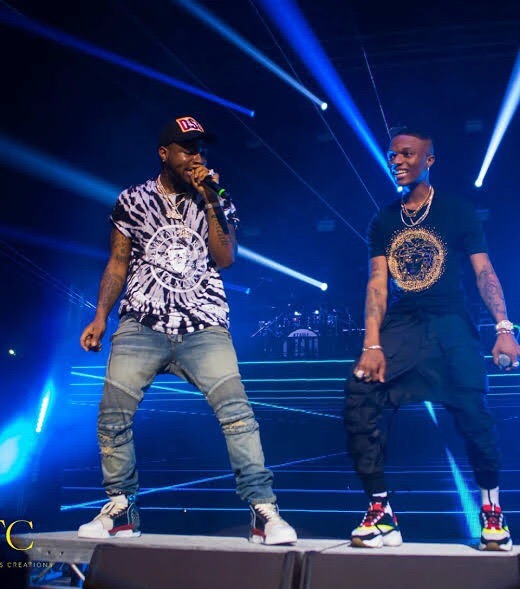 Reacting to the video, fans gave their opinions about the beef of the two afrobeat stars with many still wondering what might have gone wrong as they both looked like best of friends during their performance. 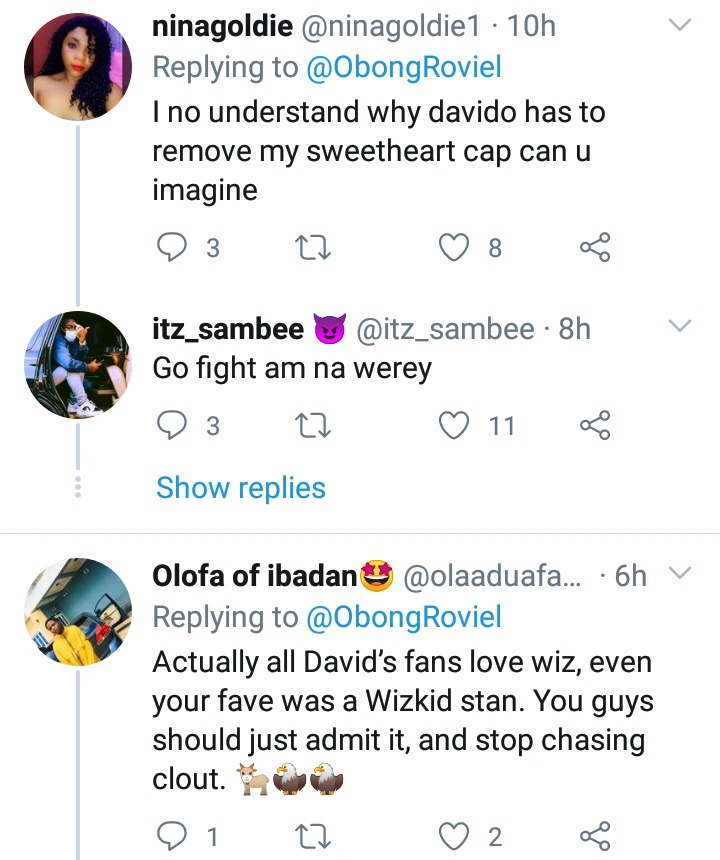 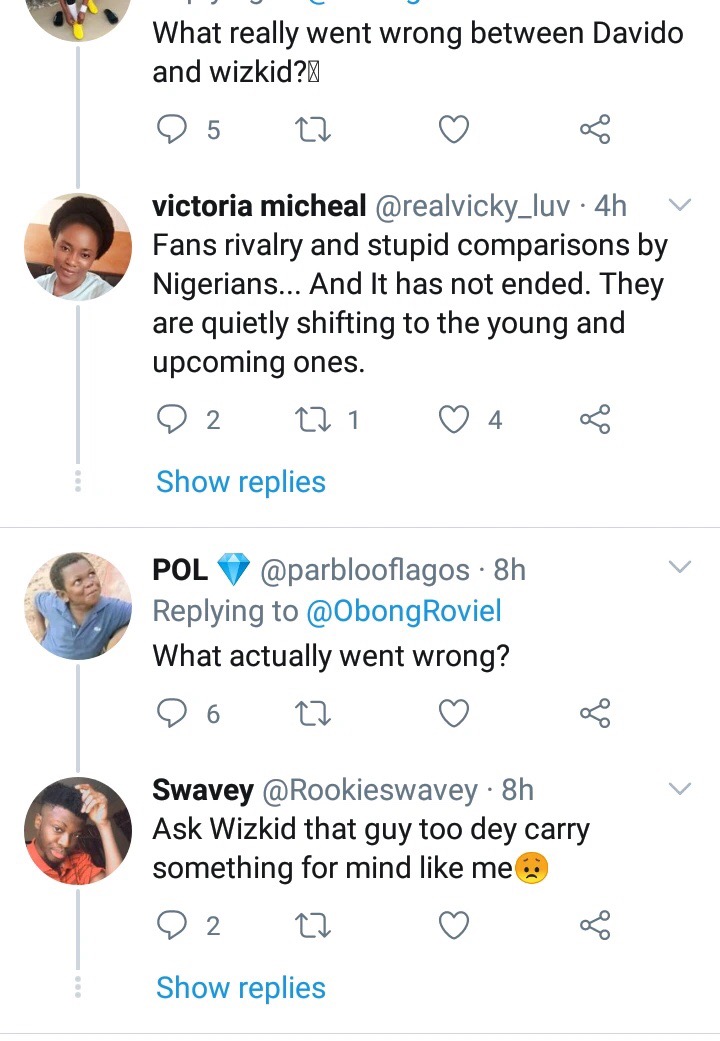 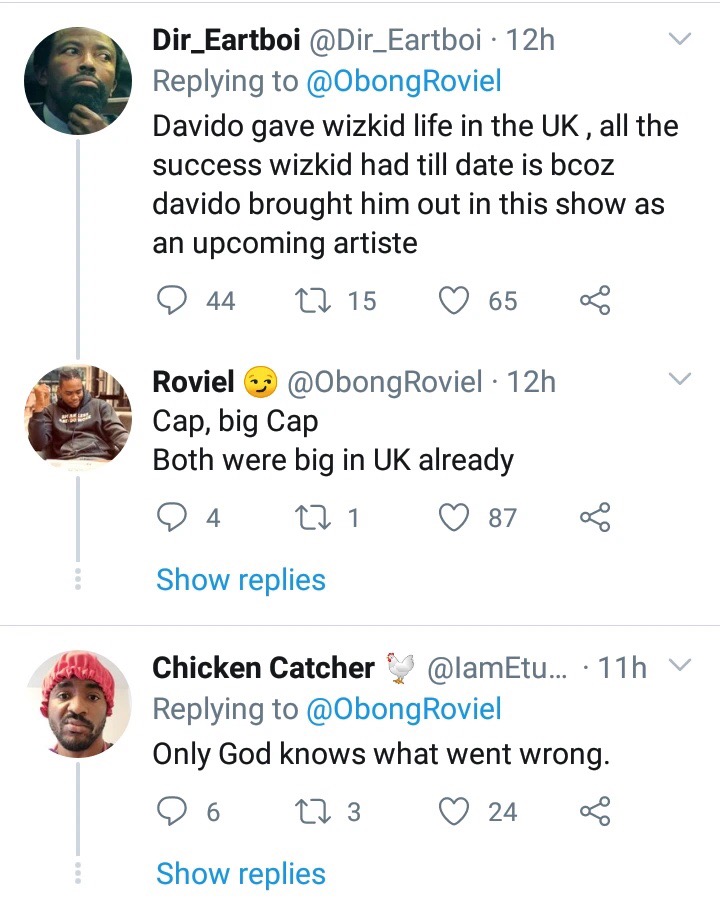 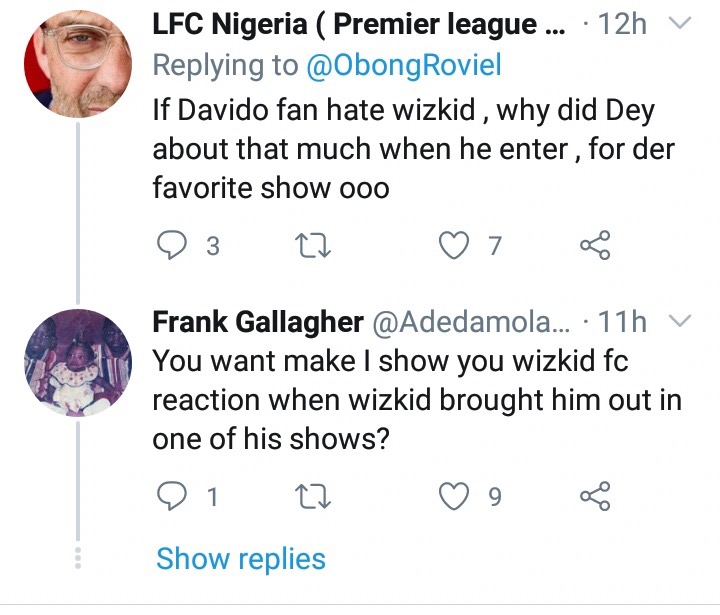 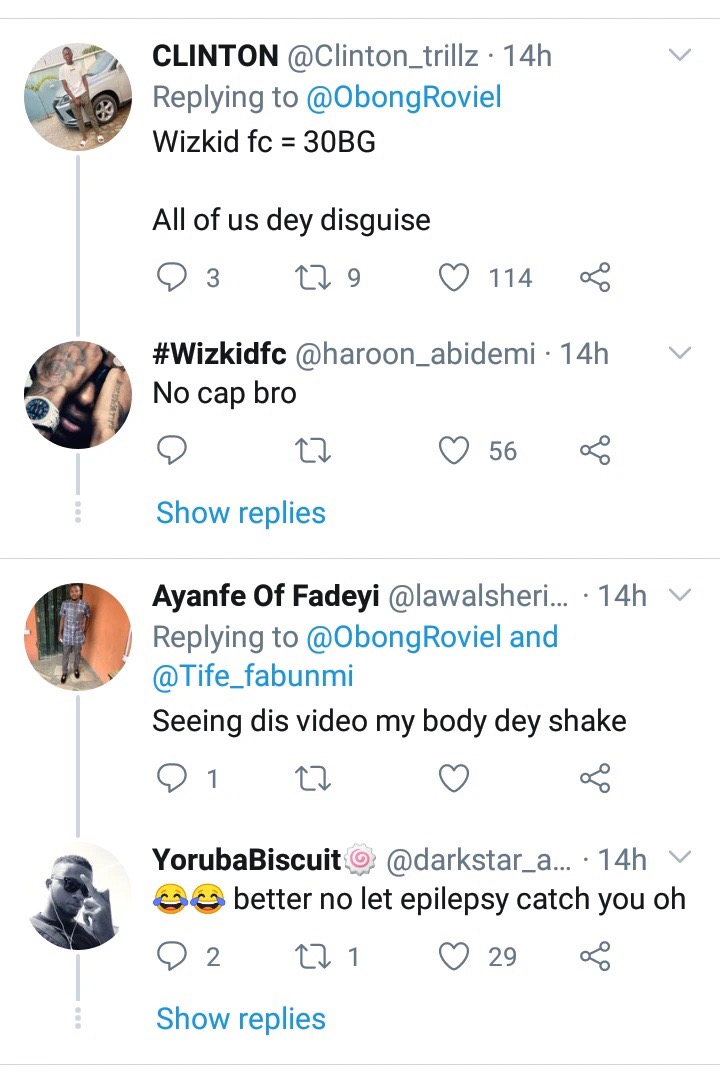 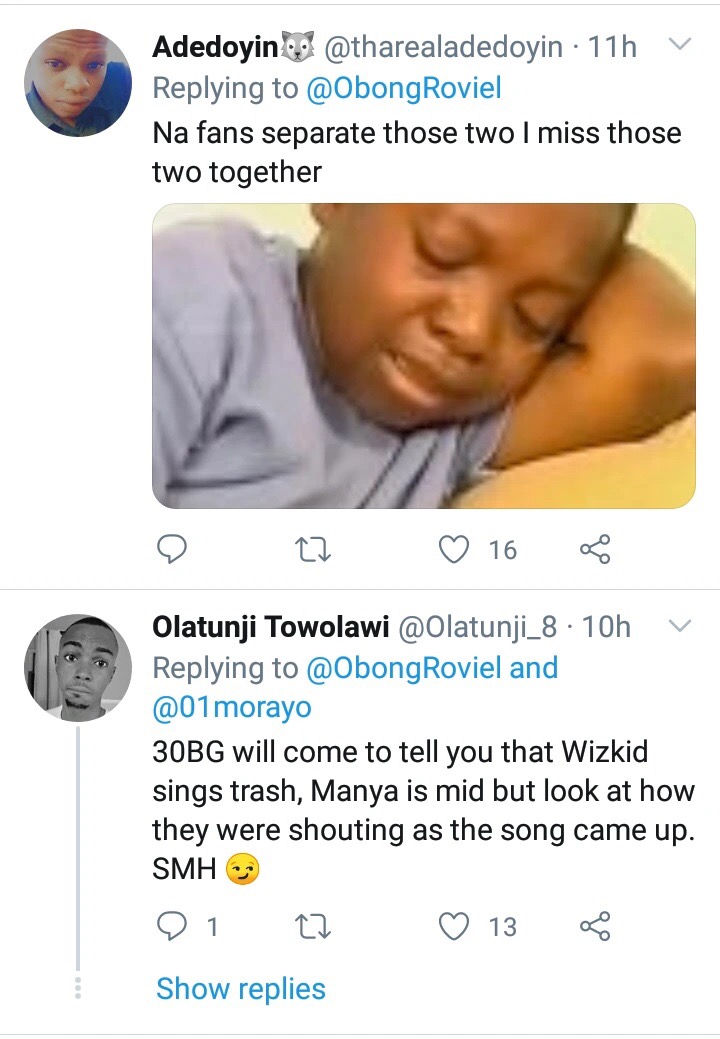