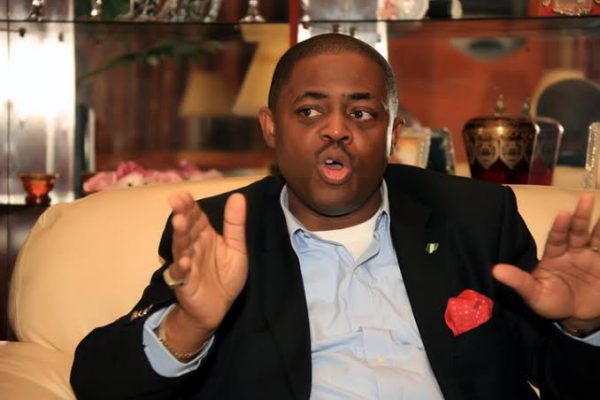 A former Minister of Aviation Femi Fani-Kayode has been re-arraigned for fraud at a Federal High Court in Lagos.
The Economic and Financial Crimes Commission (EFCC) on Monday re-arraigned Fani-Kayode on an amended 17-count charge of alleged laundering of N4.6 billion.
Fani-Kayode is standing trial alongside a former Minister of State for Finance, Nenandi Usman; a former Chairman of the Association of Local Governments of Nigeria (ALGON), Yusuf Danjuma and a firm, Jointrust Dimensions Nigeria Ltd.
The defendants were formerly on trial for the alleged charges before the former trial judge, Justice Mohammed Aikawa.
They pleaded not guilty and were granted bail, following which trial began.
But proceedings stalled when Justice Aikawa was transferred out of the Lagos division.
The case was consequently assigned to a new judge, Justice Daniel Osaigor, and proceedings started de novo (anew).
On Monday, the defendants were confronted with the amended 17-count charge and they each pleaded not guilty.
Prosecution counsel Mr. Rotimi Oyedepo then (SAN) prayed the court for a trial date.
Defence counsel, Chief Ferdinard Orbih (SAN), did not oppose him but applied for the court to allow the defendants to continue on the existing bail conditions granted by the former trial judge.
In a bench ruling, the court granted Orbih’s application and also adjourned the case till March 11, for trial.
In the charge, the defendants were alleged to have committed the offences between January and March 2015 in Lagos.
They were alleged to have at various times, unlawfully retained over N4.6 billion, which, according to the EFCC, they reasonably ought to have known formed part of the proceeds of unlawful acts of stealing and corruption.
In counts 15 to17, Fani-Kayode and one Olubode Oke, who is said to be at large, were alleged to have made cash payments of about N30 million to one Paste Poster Co (PPC) of No 125 Lewis St., Lagos.
The said payments were alleged to have been made in excess of amounts allowed by law without going through a financial institution.
All offences were said to have contravened the provisions of sections 15 (3) (4), 16 (2) (b), and 16 (5) of the Money Laundering (Prohibition) (Amendment) Act, 2012.