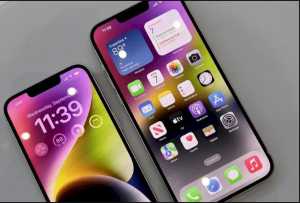 After the release of the iPhone 14, users remarked on how similar the iPhone 14 and 14 Plus smartphones appear to be.

By sharing some humorous memes, Twitter users joked all night long that the new iPhone hasn’t altered anything.

The launch was joined by Eve Jobs, the daughter of Steve Jobs, who shared an Instagram meme.

The image in the meme depicts a man getting a brand-new shirt that looks just like the one he already has on.

Eve posted the viral meme with the description, “Me upgrading from iPhone 13 to iPhone 14 after Apple’s announcement today,” on her Instagram Stories.

Eve Jobs, a model, and her two siblings are famously not set to inherit their father’s Apple fortune.

The iPhone 14 was announced last night, September 7, at a glitzy launch event alongside the Apple Watch Series 8 and the new AirPods Pro. 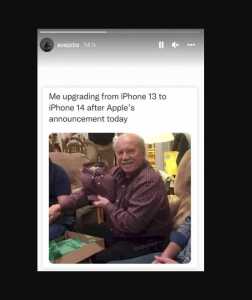