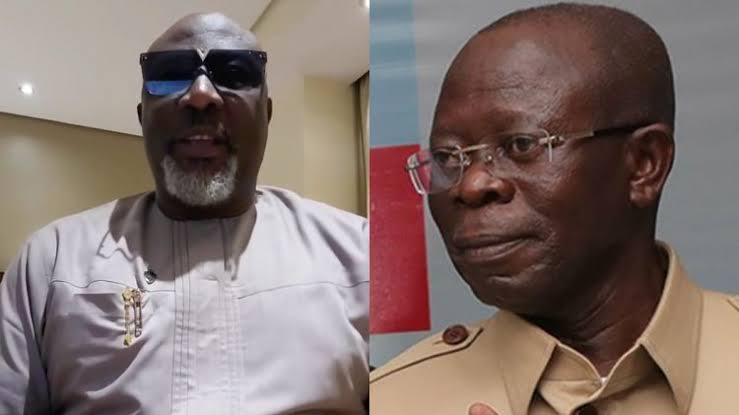 But speaking on Channels Television Politics Today on Thursday, Dino Melaye responded saying it was very disappointing hearing such statement from Adams Oshiomole, who is a popular customer to unpopular prostitutes in Edo State.

“Oshiomole is a victim of his own untamed tongue, and I’m surprised Oshiomole is yet to learn his lessons from what his unbridled tongue has caused him, including the disgraceful, shameful, humiliating and unceremonious exit as the national chairman of the APC.

READ ALSO: Atiku Is A Serial Divorcee, Can’t Preach Unity To Me – Oshiomole

“What I’m saying in essence is that Adams Oshiomole is suffering from what I call CGR. CGR means Chronic Genital Recklessness, and his own is garnished with matrimonial rascality because if you go to the social media today, there is a video of his genital organ seen all over social media.

“A man with this type of moral decay, has no moral ground to come to a respected studio like this and begin to disparage a nationalist, philanthropist, statesman, a former Vice President of the Federal Republic of Nigeria. He’s coming to defend what is not defendable,” he added.