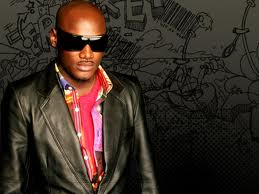 In a recent interview with Nollywoodgossip’s Live Online, Tuface Idibia, who is arguably the most successful African artist  in recent times and winner of about 34 awards both national and international shared some insights about his success and personal life. Excerpts below

You’ve been hailed as Africa’s biggest export, how does it feel?

Its “head-swelling”; I feel humbled

How do you intend to support upcoming artists who look up to you?

There are different ways to assist different artists and I do whatever I can. The label is perfecting strategies to do more in that direction soon.

Almost every upcoming musician wants to be like 2Face, who did you want to be like when you were starting out?

The people I really admire are Bob Marley, Fela, and Michael Jackson.

You did a new music video; tell us the title of the song?

Oh, yea, the title is Be there.

Who inspired the song ‘Be there’?

Nobody specific; it was, let’s say, inspired by creativity.

In the song you said you are not searching no more, does it mean you’ve found Mrs. Idibia?

You were once one of the ‘Plantashun Boiz; just like Robbie Williams got back with his old group ‘Take that’, are we going to see Plantashun Boiz back together again?

Is very likely, I’m looking forward to it.

When you left the group, did you know you’ll reach this stage?

No. I never thought I will become who I am today; but I hoped and prayed.

Are you guys still friends?

Yea, we are still friends and we still hang out.

Words on the street have it that you’re working on something in the USA; could you let us into your latest project?

I’m recording for now; Keep an eye on that.

Will you be going for Europe tour any time soon?

Very likely; we are still planning.

So many young ones desire to be like you; what would you advice anyone going into music industry at this time?

Music is serious business so they should be prepared to work real hard. They need to understand the business and be focused.

How long have you been doing music professionally?

I started my music carrier professionally since 1997.

Which of your songs do you think catapulted you to Stardom?

I think that would be my first album ‘Face to Face’, the entire album.

You’ve won so many awards; which of the awards surprised you the most?

How is the music industry now in Nigeria compared to the time you started?

Its growing fast in terms of talent and creativity and quality, but the industry structure is still in shambles.

With all the fame and fortune; how come you still remain humble?

(Laughs)  I don’t have answer for that one o!

You granted an interview where you were quoted as saying that you won’t have any more kids, will that go well with the eventual Mrs. Idibia?

Yes, what I mean is, no more kids from outside my marriage.

Is there anything you want us to add we did not include in the interview?

(Still laughing) you guys are too much.

Nollywoodgossip Magazine wishes you the best.

Thank you so much.