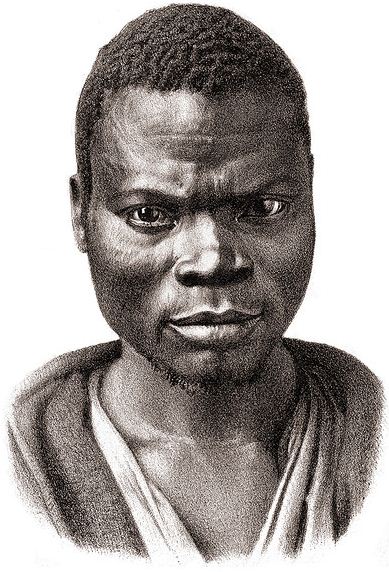 “Oshodi! Oshodi! Oshodi!”The sound of the conductor’s voice was hard and somewhat unnerving, nevertheless I entered the bus. Sitting as closely to the window at the extreme right of the back seat as I could, I was far enough from the dirty looking mechanic on left, but not from the fish monger just in front of me; yet it couldn’t be helped. The conductor was still screaming.

While simultaneously demanding money from those already seated.

“U no hear as I dey shout am before u enter?” the conductor replied

“U no see d money wey oda people dey pay? Na only u wan dey sure for bus.”

“Conductor, wich wan be fadeyi bus stop?” Another passenger asked at the top of his voice.

“So na Fadeyi u dey go wey ur blood dey hot. When we rich sey I no go call am? A won wahala.”

A brief smiled grazed my lips, the conversation sounded typical. The conductor had answered two questions, with six questions of his own, typically Nigerian. I took a brief look outside the window and caught glimpse of a motorcycle rider who had narrowly escaped being hit by our bus. There was a loud outburst, as showers of vituperation were rained lavishly on him.

The conductor seemed hardly satisfied and attempted to chase him but quickly gave up.

“Wey ur money?” The conductor finally demanded of me, his foul breath almost suffocating me.

I had been so engrossed in observing the activities in the bus that I had forgotten to bring out my bus fare.

It wasn’t in my back pockets, I checked my side pockets, NOTHING!  This can’t be happening to me”

“Oga, wey ur money now!” the conductor asked again, stretching his sweat dripping palms towards me in a gesture of demand. I still couldn’t find the money, I was now searching frantically. I just couldn’t find it.

I was sweating profusely. Was I going to get pummeled by this scruffy looking man?

I had worn my Gucci shirt today, the trousers were also designer clothing, my wrist-watch was an original Swatch, my shoes were Timberland and I was going to get thoroughly embarrassed by this singlet wearing, vernacular speaking, ill-mannered, badly cultured, brown toothed ruffian. Over 70 Naira! After a few minutes, he asked

I heard myself answer “yes Sir, I am Sir.”

“yes Sir, I am Sir. To this uneducated riff-raff, unbelievable!” I thought.

At this point I expected him to open his mouth and shower me with insults but he was distracted by a police officer.

The policeman seemed uninterested in the salutation; he merely stretched out his palm and pretended that he was controlling traffic. The conductor took the cue and immediately produced eighty naira in three notes and placed it in the officer’s open palm. The bus was already in motion before the policeman noticed that he had been handed twenty naira short of the bribe he had expected. He struck the bus hard with his baton and attempted to pursue but gave up when he was almost knocked down by a car.

I briefly forgot about my predicament and started to laugh but the conductor’s stern look pulled me back to reality, I immediately resumed my frantic search for my bus fare.

“What grandiose Impoverishment, more humble clothing would have at least reflected your state of impecuniosity.”

I was totally bewildered; his new diction conveyed the same meaning as the initial statement, but could this man really possess such grand vocabulary?

“My unimpressive appearance is but a façade. Like you, I am well educated; in fact I graduated in the upper echelons of my class.” He said.

“I had a 2-1 from a prestigious university, but I’ve been looking for a job for six years. I still wear my suit occasionally… when I go for interviews.”

“So what happened” I finally replied.

He looked at me, a sardonic smile on his face. “Life happened.”

“When you are in school, you think you’ll get a job the day you finish your NYSC.” He laughed.

“After two years without a means of sustenance, I decided since I can’t be a thief, I will become a policeman.”

“Thief and Police, dem be broda now.” Someone said.

Well, eventually I resorted to this job. There are ten other children at home; I can’t come back every day without money.” He smiled, revealing yellow teeth again but this time I saw signs of congeniality and urbaneness in his rough and badly bruised face.

“Fadeyi wa!” he shouted, signaling the man who had previously questioned him on its location.

“Oga no be your money be dis?”

The fish monger who I would have so gladly sat several seats away from asked me. Indeed, it was the hundred naira note I had being looking for, I thanked her, paid the fare and highlighted.

As I started off, I turned to look at the conductor, this man, whose image had now been transformed in my eyes, he was still shouting but he held his chin up high, a tinge of dignity in his voice; I sensed the threat of falling into the same predicament. But more importantly I saw his desire to go on, to survive no matter the odds, to continue, to struggle and not give up, it was simply Nigerian. His situation made me despair but his resolve gave me strength, I knew immediately that no matter how things turn out I would never give up. After all I am a NIGERIAN.