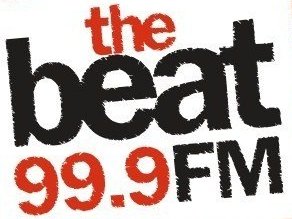 This letter had to be written anonymously because we have been ‘instructed’ not to speak to the press. We are appalled by Olisa Adibua’s actions, and feel his physical assault on Dewunmi was barbaric and completely wrong. What’s even more shocking is that he wasn’t removed from the premises immediately. Olisa was his usual self the day after the incident, and was seen chatting and laughing with the GM Deji Awokoya (who was well aware of the assault). He was still permitted to do his show on Thursday, and went on to host the Beat of Lagos on Friday night.

We have no idea why the management at Beat FM has decided to treat this so leniently – he has actually been suspended for 2 months and not 4 weeks like you previously stated. Nevertheless, the majority of us feel 2 months is nowhere near enough, we are certain that anyone else would have faced an instant dismissal and possible legal charges.

To clarify details of the incident, the ‘object’ used in the assault was a brick. Olisa initially attacked Dewunmi with his bare hands then went downstairs to retrieve a brick then came back for part 2. He deliberately smashed his phones and dragged him outside, forcing Dewunmi to recover in a Keke Maruwa parked outside the office till 7am when more staff arrived. The incident was caught on CCTV, but will of course never be released. The GM Deji Awokoya apologized to Dewunmi on Olisa’s behalf, and was given about N16k for his medical bills. Please note it wasn’t a fight – Olisa attacked Dewunmi, and he refused to hit Olisa back because he considers him an oga. Dewunmi refuses to press charges because he’s afraid he’ll lose his job – furthermore since this incident hit the press, he (Dewunmi) has been receiving death threats saying that he’ll be harmed if this incident escalates further.

Olisa has had several run-ins with members of staff at Megalectrics (owners of Beat FM, Classic FM and Naija FM). On numerous occasions he has verbally abused different people – insulting them, swearing at them and threatening to make their life at Megalectrics ‘a living hell’ if they cross him. Management hasn’t reprimanded Olisa once for this.

This incident is sadly just one of many that involves Olisa Adibua bullying employees at Megalectrics.
To summarize, we hope that the MD of Megalectrics reprimands Olisa ‘appropriately’ to show that this kind of action is unacceptable. Likewise MNet/Glo need to seriously think about the messages they are sending out to the public if they decide to keep Olisa on as a judge for ‘Naija Sings’.