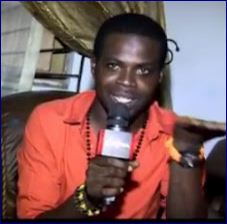 JJC of defunct 419 Squad has responded to what D’banj said in an interview with Nigerian Entertainment Today (NET) that he cheated Don jazzy while they were with 419 squad.

He revealed to Nigezie how he met D’banj ,Don jazzy and how D banj became arrogant to him after few years.

I started doing JJC and 419 squad which was a squad of people that was speaking and rapping in yoruba.

Along the way MP took a guy called D banj to my house and d banj came as normal up and coming artist normally do,baba please your name is big, please help me, yeah and of course , like the mugu,mumu button activated JJC, I introduced him to my band, what can you do, he sang, I said that’s not really good, the harmonica that you play is really good, lets work on that one and develop your style, along the way another guy called kas brought don jazzy to my house and don jazzy at that time was playng for solek as a piano player and Dbanj and don jazzy now was working with me.

The thing that upset me was the article said that they were working for four years and didn’t get anywhere, you tell me where else you could be, I took all of them to womad which is biggest african world stage they could be, we were performing in every single show that there was possible, anything that was happening , JJC and 419 was doing it, we were at the top of the game and a lot of people can actually testify to that, what are you crying about, I didnt pay you to come and perform, You are nobody, nobody knew you, so would i pay you to come and perform I was giving you an opportunity, giving you a platform to come and perform, so I don’t understand that.

Number 2 , the article said something about how i cheated don jazzy, how come don jazzy didn’t say that for himself, you tell me what incident I cheated him, I taught him how to produce, which made him don jazzy that he is today, I use to pay him a thousand pounds every month in 2004 which was almost 250k for being a trainee, now I come back to Nigeria to come and do awoo and i see don jazzy, d banj. Don jazzy was even talking to me, D’banj was carrying himself like some superstar, yes he has made something of himself and salute to the music that don jazzy made, salute to the lyrics that don jazzy wrote cos i know from mobolowowon to all the way, na me and don jazzy write am,now the rest of the song that follow, I am sure don jazzy wrote it and if na lie let me hear, even wande coal don tell me say na don jazzy and him dey work for the records and now you are mr d banj koko koko, you think you are God, what did you call yourself, jesus of Nigerian music. I paid them to learn how to become bette themself , so that you can become someone big and then for you to turn around and be slandering my name? Ki lon she e now.

You have the mouth to say it, after you don eat my food, sleep in my bed, i even give you girl, you are the one that was the bad seed in the box and thats so obvious.