Home Lifestyle Lady: What A Gynecologist Did To me, I was a victim(True life...
Facebook
Twitter
WhatsApp 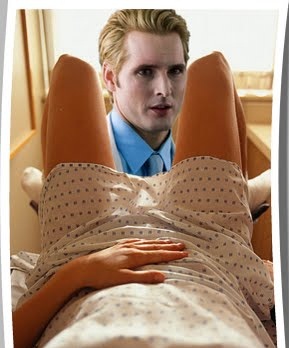 A few days ago, I sat in my sister’s living room with two of our cousins and we were talking. They are all married and have daughters, when suddenly my cousin told us a story about how a gynecologist had told her mom she was pregnant when she was 13 which was not true as she had never even thought of having Séx then. I wept inside of me and the other many victims in Africa.
About 10 years ago I was just 14 and was in a boarding school and constantly sick, but this time, I had vaginál iches, being the kind of child I was, I told my mom who decided to take me to a gynecologist. It was normal for me as I was constantly in and out the hospital so it was no big deal.
We got to the hospital and the gynecologist who was a man and apparently the best and most popular one amongst rich folks told me to undress and lay down, my mom was not in the room. The gynecologist literally used the big   vaginál speculum that is used on none virgins and his fingers. I was bleeding and he gave me pad and told me to get dressed. He told my mom I’d had an abortion and was hiding it that is why I am bleeding and I have the itches, he said it in front of me. I was so confused and terrified. My mom didn’t take him seriously. She called her Dr. in France who told her what to get for me at the pharmacy for itches. We went home. I didn’t tell my mom what I went through in here because I was still terrified.
I finally had Séx  2years ago and I didn’t bleed, it was my first time. I don’t play with my private ever. I thought maybe all girls don’t bleed but apparently they all do.
I go for gynecology check-ups and I am in so much pain from the speculum. I stopped having sex because it is painful. People tell me I have had a bad sexual experience. Now I know what it was. From what I told the girls, they said the Dr disvirgined me as I’d not even started having periods before that and they’re all Rn’s out here.
Now mothers and daughters, please be careful with this so called Dr’s from abroad or this Dr’s in general. I will hate for my Daughter to go through what I went through. They will say anything and prescribe anything.
Mothers do not leave minor young girls with any gynecologist for any reason, they can’t be trusted at all. A lot of these people were nurses abroad and because of our system they pass as Dr’s in Africa and inflict traumatizing experiences upon us. There’s other ways to get tested for those things and coming from a boarding school being a virgin, the Dr should have known it was sugar sugar, common amongst girls in boarding schools.
Raeder to Ladun