Controversial Muslim cleric, Sheikh Ahmed Gumi, has declared that Christians are more deadly than Boko Haram, the Islamic terrorist sect which has killed thousands of people mostly worshippers in places of worship. 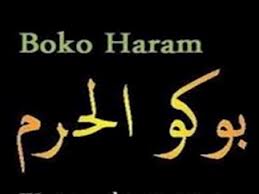 Gumi made this declaration on his facebook page. He also said some Christians have hidden under the guise of government apparatus to perpetrate the murder of many prominent politician of northern extraction.

Gumi also linked the insecurity in the country to the activities of unidentified Christians whose motives have been to take over the leadership of the country.

Below is the full statement from Sheikh Gumi’s facebook page:

WHY THE EVIL OF TERROR MAY LINGER

Any entity that employs unauthorized killing as a principle in achieving whatever goal it aspires is EVIL. Henceforth it is evident that the evil of terror is not confined to a small group of fanatical Muslims youth that employ the tools of terror to achieve their goals or revenge any perceived injustice against them or against Muslims as they claim. The Evil of terror is bigger and greater than that. The Evil of terror knows no boundary, religious, ethnic or racial. Evil killers are found everywhere.

For the Muslims, we are very fortunate that only a small fraction of misguided youth have recently adopted this evil ideology. Islam has seriously condemned the unauthorized killing of souls. The authority in Islam only belongs to a government duly elected by the consensus of the Ummah. We therefore see that except for very few instances, Muslims do not commit murder. The rampant murder committed in the west, is as a result of the irreligious life the west has adopted and bears little with the clamor of gun control. In Yemen, the populace is armed yet such murders are not an occurrence because Islam instills in the individual the discipline of self-restrain and control and forbids taking of one’s life and that of the others too. This cannot be said about the other religions.

The more deadly evil, is that evil that camouflage behind the ‘government’s security agencies’ to kill innocent people either to perpetuate power or score some political goals. For instance in Nigeria we have seen how some Christian elements in the Nigerian security apparatus have been killers of innocent Muslims leaders for political reasons. Such elements are deadlier evil than boko haram. They aimed to destroy the Muslims as a whole by decapitating their leadership thus exposing the Ummah to perpetual subservience. That is why, Ababakar Tafawa Balewa, Sardauna, Akintola, and Gen Murtala all went victims of these terrorist.

These similar terrorist are still the ones now that are supposedly ‘leading’ the war against terror or war against boko haram. It is a double edge sword of r them. Kill Muslim leaders and kill the youth at the same time all under camouflage. They are entrenched in the security apparatus. They are retiring good Muslims in the armed forces to enable them perfect their evil plans they started since 1966. They think they are in control because they are blinded by hate, rancor and evil, they cannot see that their evil is exposed and evident. They cannot see that Allah Has taken up the fight against them since their intentions are evil. Kaduna was meant to be devoured like Maiduguri when Allah The Al-mighty stroke.

They cannot see that you don’t guaranty your life by killing others; you do that by giving life to others. They fantasize that they can keep power by evil machinations whereas power belongs to Allah. Nigeria can only know peace and stability when such evil elements of the security apparatus are flushed out of the system instead of the good diligent officers. This is the deadliest segment that has been neglected and the public should know and watch. Evil will never prosper.

May Allah protect us all from all Evil.