Home General News World news Obama Named By Time Magazine As Its ‘Person Of The Year’ For...
Facebook
Twitter
WhatsApp

For the second time in four years, President Barack Obama has been named Time’s “Person of the Year” for 2012. 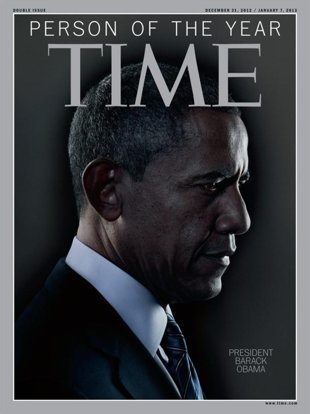 Obama who received the honor in 2008, when he was President-elect, was named ahead of Malala Yousafzai, the Pakistani teenager who was shot in the head for advocating for girls’ education, Apple CEO Tim Cook, Egypt’s Islamist president Mohamed Morsi and Scientist Fabiola Gianotti.

Time managing editor, Richard Stengel, while justifying the choice of Obama said: “we are in the midst of historic cultural and demographic changes and Obama is both the symbol and in some ways, the architect of this new America.”

Last year, “The Protester” got the honor.

Time’s “Person of the Year” is the person or thing that has most influenced the culture and the news during the past year for good or for ill.