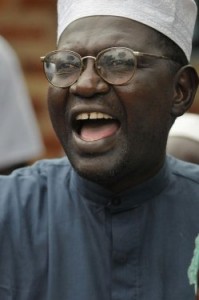 Abongo Malik Obama, president Obama’s older half-brother, announced he will run for governor in the Kenyan county of Siaya, according to Bloomberg. Malik and Barack have the same father.

“Siaya County is facing a lot of problems from poor infrastructure to poverty due to bad leadership,” Malik Obama said. “I will change this if elected.”

At a rally held on Sunday, Malik encouraged voters to cast their vote for him during the next election on March 4, with the assurance that he will do all he can to change Siaya’s high poverty and HIV rates.

Obama, 54, will compete as an independent candidate during the March 4 national elections, he told a public gathering yesterday in Kogelo, about 310 kilometers (193 miles) west of the capital, Nairobi. Obama, who shares the same father as the U.S. president, said he will use his relationship with his half- brother to address issues such as poverty and unemployment, Bloomberg reports.