Home Lifestyle There is no plan at the moment to restrict the use of...
Facebook
Twitter
WhatsApp 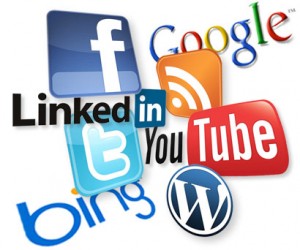 The Director-General of the National Orientation Agency (NOA), Mr Mike Omeri, has said that the Federal Government has no plan to restrict the use of social media. Omeri told the News Agency of Nigeria (NAN) on Thursday in Abuja that the social media was a lifestyle which everybody had adopted.

Omeri acknowledged that the social media was a lifestyle adopted by people, governments, youths and personalities, adding that it was just the use to which it was put to that should be checked. According to him, “There is no plan at the moment to restrict the use of social media, but what the agency is doing is to encourage people to do the right thing, NOA cannot control the lifestyle of individual; that will become too excessive.”

He also noted that the agency would soon unveil a strategy for the use of social media, adding that a situation where it was being use for criminal activities was undesirable: “The NOA at its level now in addition to sensitising Nigerian in allowing themselves to become susceptible to criminal and other deviant behaviour on social media, is planning to engage media practitioners to discuss its role in the social development of the country through the use of social media… We will ensure that our people do not fall victim of what should otherwise be a source of news information and entertainment,” he said.