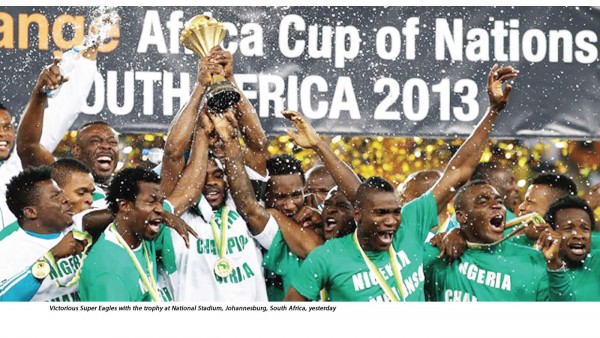 Nigeria’s victory at the just concluded African Cup of Nations in South Africa has started bearing results as the country has been named among the top seeds for the 2015 Africa Cup of Nations draw scheduled to take place next month.

The seeding of the Super Eagles means Nigeria will avoid some of the tough countries on the continent during the qualifiers.

Also seeded is Burkina Faso who had a fine outing in the last Nations Cup as they finished second.

Other countries seeded are Ghana, Ivory Coast, Burkina Faso and Mali. Forty-four teams are on the starting line of the qualifiers.

The countries were seeded in four pots of 11 teams each according to their current ranking.

The last pot will be decided after the preliminary round of matches. The draw will take place on March 10 in Morocco during CAF General Assembly.

Pot Four: To be determined after the preliminary round