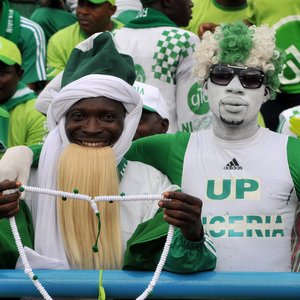 President Goodluck Jonathan on Wednesday announced a gift of N5 million to the Football Supporters Club of Nigeria, for cheering the Super Eagles to the Africa Cup of Nations victory.

The President announced the gift when the Minister of Sports, Mallam Bolaji Abdullahi, presented the AFCON 2013 trophy to the Federal Executive Council (FEC) in Abuja.

At the ceremony, which took place before the FEC meeting in the Council Chamber of the Presidential Villa, Jonathan commended members of the supporters’ club for their unrelenting spirits.

It will be recalled that the President had at a special reception Tuesday rewarded the victorious Super Eagles team with national honours, cash donations and a plot of land each in FCT.

“For the Supporters Club, I forgot to specifically mention them yesterday.

“We have to specifically commend them because it is a very challenging task for them; they are the group that, when they are supporting a team whether they score you 100 goals, they will continue to support you.

“It is not an easy assignment, they have really done well, and for that, Government is going to give them N5 million to encourage them.”

The President, once again, thanked the Super Eagles for their superlative performance at the tournament and for bringing glory to the country. (NAN)