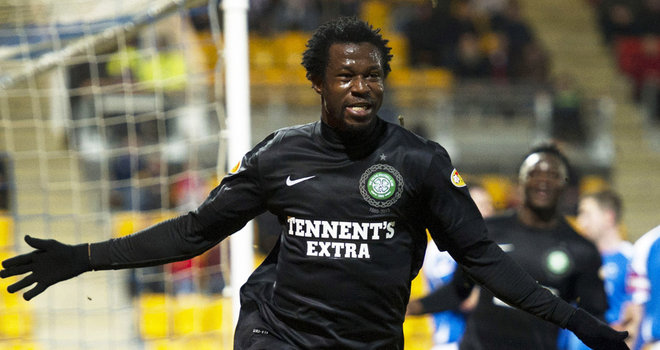 Celtic defender Efe Ambrose admits he dreams of playing in the Premier League amid speculation linking him with Liverpool.

Nigeria international Ambrose arrived at Glasgow in the summer from Israeli club Ashdod and has amassed 28 appearances for the Hoops, scoring three goals.

His performances are thought to have alerted a number of Premier League clubs to the 24-year-old, including Liverpool, Sunderland and Swansea.

Ambrose says he is happy at Parkhead but admits it is flattering to be linked with an Anfield move and hopes to one day play in the English top-flight.

The centre-back, who suffered defeat with Celtic in the first leg of their UEFA Champions League last 16 tie with Juventus last week, said: “I am happy to be linked with a club like Liverpool.

“My dream is to play across the border. The English League is the best but I am happy at Celtic.

“I love the fans here and we were unlucky against Juventus.”