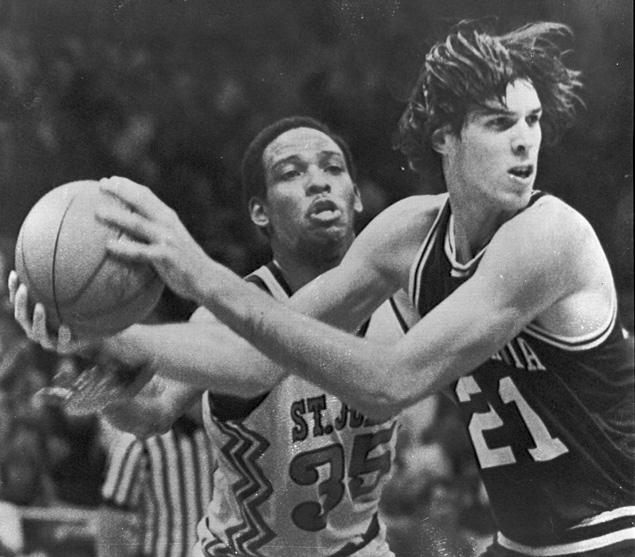 A former basketball star was allegedly stabbed to death in his sleep by his wife after she caught him looking at child pórnography, it has been claimed.

The teacher reportedly stabbed her husband – who played for the University of Pennsylvania and led the Penn Quakers to the Final Four in 1979’s NCAA Tournament – several times in the throat.

The 53-year-old, who also played professionally for the Portland Trail Blazers and in Spain, woke up during the frenzied assault and tried to fight her off.

Matthew White (21), right, was found stabbed in the neck Monday, Feb. 11 in bed at his home in Philadelphia, police said.

But he was too weak and soon succumbed to his injuries and died, reports Philly

Garcia-Pellon, who also attended the prestigious Ivy League university, reportedly told police: “I caught him looking at pórnography, young girls, I love kids. I had to do it.”

After the attack, she changed her clothes and went to a friend’s house. Police were called to the couple’s home and White was found dead in his bed.

Garcia-Pellon also arrived at the home, where officers arrested her and charged her with first-degree murder.