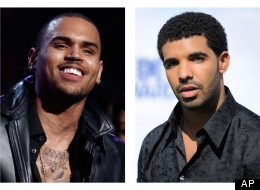 Chris Brown and Drake are taking their feud to court.

Brown and Drake have reportedly sued each other over the nightclub brawl that went down at New York City’s W.i.P. last June, according to TMZ.

Model Romain Julien allegedly filed a lawsuit in August against both R&B stars as well as the SoHo hotspot for injuries he claimed he sustained, TMZ reports. But neither Brown nor Drake is taking the blame and each is asking the judge to make the other pay damages in the event Julien wins his suit.

This is not the first legal drama to come out of the brawl, which was supposedly sparked by an argument over Rihanna.

Although no criminal charges have been filed, NBA star Tony Parker filed a $20 million lawsuit against the club’s owners a week after the June 14 incident, notes MTV News.

Additionally, the owner of Greenhouse and sister club W.i.P. sued Brown and Drake for $16 million after the brawl, during which both R&B singers’ entourages supposedly threw “highball glasses laden with alcohol” and shattered “the handles of bottles of spirits to use as makeshift knives,” according to DNA Info. The owner claims the brawl ruined a previous licensing deal by sullying the club’s reputation.

When the fight went down, Brown was dating Karrueche Tran. But these days, now that Brown is back with Rihanna, the model has been hanging out with Drake.

Tran and Drake were spotted partying together after the Grammy Awards on Sunday at Hyde nightclub in Los Angeles. She also recently tweeted lyrics from one of Drake’s songs, which left some speculating the two might have hooked up.