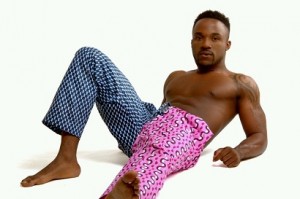 I remember in 2011 seeing Iyanya slip out of an event at Terra Kulture, Lagos – he looked lost, as the paparazzi mobbed the ‘hotter’ stars. There was something about his face that made me sad.

He had been some kind of celebrity since winning the first Project Fame in 2008, but somehow or the other the same audience that had loved his ballads on the show weren’t putting their money were their mouths were.

Suddenly! It was 2012. And here was Iyanya 2.0. He released mindless, lusty hits like ‘Kukere’ and then ‘Ur Waist’, and the rest, as they say, is success.

But this was no accident, make no mistake. Iyanya made up his mind to succeed and he did.

He told an interview in January as much about why he made the decision: “…I had five thousand followers (then). They loved R & B and they kept telling me to stick to it. But I stuck to R & B and still couldn’t buy myself good shoes. I begged organizers to start their shows even though I brought my own group and paid them, and they won’t even let me because they felt I’d bore the crowd.”

As the 27-year-old launches his new album in Lagos today, here are 7 strategies from him that younger artistes MUST heed. Thank me later

Establish your talent first
For every artiste that people say sings ‘trash’, younger artistes usually learn the wrong lessons, and that is why there are so many talent-less people running around, who will never succeed. This is the deal – D’banj might sing nonsense like Oliver Twist and Tongolo, but he had already established his talent as a performer, and he already charmed us with his harmonica. Psquare charmed us with dance moves, and Tiwa Savage proved she could sing before she took the clothes off. Iyanya’s R&B and inspiration songs including a self-titled single Iyanya and was taken seriously, because we knew he had talent. You have to bring something to the table. Speaking of which, by the way, Lynxx, what exactly are you bringing to the table? Talent before abs, thank you very much.

Stay humble – at least while you’re down
Even now, you pay attention to Iyanya’s interviews, and his sense of awe and gratitude is still evident. Talkless of when he was still climbing off. Respectful, courteous, and decent; it was difficult to find anyone who wasn’t there to help Iyanya because he conducted himself well. What will happen now we don’t know (after all who would have believed even Wizkid would run amock), but it has served him well this far.

Get a guy who believes in you ( BEFORE you had money)
And I am not talking of people like Godwin Tom, biko biko biko. I mean people who suffered with you, and stuck with you through thick and thin. I am talking Janet Nwose/Asa #Tings. Ubi Franklin, who is Iyanya’s manager and cut his industry teeth working with his brother on reality show The Intern, has been in this industry a while. And then suddenly, he pitched his tent with Iyanya for maybe 3-4 years and would let no one rest until they helped Iyanya succeed. He invested his life, his soul, his faith in that guy. He made him who he is. Artistes need guys like that. 9ice missed it when he left ID Cabassa, Mo’Cheddah missed it when she left KnightHouse, Timaya – K-Solo. Oga Wizkid I am looking at you – I just pray Osagie Osarenkhoe’s mother does not go to MFM. For your sake.

Earth to artiste – Pivot, now!
The only think you should not change is a winning formula, please. If the formula you are using is failing, everyone should answer his fathers name – Pivot! All well and good to be belting out ballads. Beht, thatkain thing doesn’t lead you to 3 million caller-tuner downloads in the Nigeria where the people consciously and overwhelmingly vote a Goodluck Jonathan for president. Unless your aim is simply to follow and perfect your art, in which case OYO is your case (in Rita Dominic’s ‘The Meeting’ voice). But if your aim is to get sold, then please understand your market and move accordingly. Hence meaningless songs like Kukere and Flavour. Of course, people will criticize you as they should, but they keep patronizing the same people they insult, while the ‘perfect’ ones are admired but remain poor. Iyanya discovered this, dumped the high notes and begin to bend his waist. To God be the glory, ever since.

Close your eyes and pull down your pants
The world has become too sexualised, and it’s a damn shame say the sociologists. Well, if you are a sociologist, then do your job, but if you are a male musician, you berra join the party. Psquare us showing abs and underwear, same as D’banj, same as Wizkid and anyone else who wants to be a pop icon. You think Iyanya was blind? Suddenly photos of his bulge were popping up on Linda Ikeji’s blog faster than you could say ‘planted story’. Iyanya was showing abs, tattoos, sexy face, penile budges… If you died in 2009 and woke up in 2012, the culture shock would kill you. Well, keep calm and pass the choco.

Follow the leader
At the GTBank end of year party 2012, it was remarkable to see D’banj essentially coach Iyanya real time on how to get the crowd of stiff-necked bank executives loose and excited. It was a delight to see the dynamics – Iyanya obediently followed every instruction, and the event was never the same again. Selah. Morale of the story: It’s good to listen to TED talks about individuality and being an original, but I hope you also read the Steve Jobs biography and discovered what Samsung discovered – you can take the juice from someone else and adapt it to suit your self. Don’t be a waist. Follow the footsteps of those who’ve got it covered.

Don’t mind the critics – Keep moving
Where we’re they when you were failing? Did they buy Iyanya’s CDs? Invite him to perform at their company events? Contribute money for an album launch for him? Buy him a Range Rover HSE? What nonsense criticism are they sharing amongst their friends on Twitter. Abeg. Abeg. Abeg, shift! Keep your eye on the ball. Let Tiwa Savage be thou compass, as thou movest from concert to concert, in your own Jeep.

A little controversy is good for the soul
As you were. Did Iyanya really ever sleep on the same bed as Tonto Dikeh or Yvonne Nelson? The truth is, no one knows. They played it for the blogs (we plead guilty, your honor) and the page views obediently obeyed. There is no downplaying just how much it served Iyanya to have the two hottest actresses of the moment sandwiching him in a scandal.

Rinse and repeat
After all is said and done, don’t stop doing what brought you to the top. Of course innovate and update and improve, but as you have learnt from all 300 of Psquare’s albums which have different names but the same lyrics, rhythm, even dance, when you hit the G-spot, you keep thrusting. Don’t lose the focus. Keep grinding. Keep working hard. The rest will follow.

If Olorun Iyanya is still on the throne, then he can most def do your own for you.