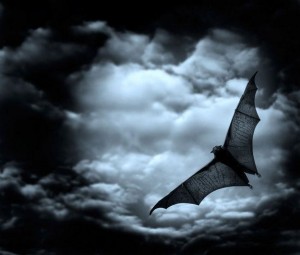 A bat virus has killed an 8-year-old boy in Australia, and medical experts are concerned that contact with bats may cause the disease to spread.

But conservationists fear an overreaction to the news may result in the wholesale slaughter of an animal that performs an important ecological role.

The boy died after being bitten by a bat while vacationing in the northeastern state of Queensland. The bat was apparently carrying lyssavirus, a virus similar to rabies, according to Agence France-Presse.

Unless treated aggressively after exposure, Australian bat lyssavirus (ABLV) is usually fatal. Since the disease was discovered in 1996, only two other people have died fromABLV, according to Scoop New Zealand.

“ABLV has proved fatal in all cases reported to date. There is a need for increased public awareness of the risk associated with bat contact,” Dr. Joshua Francis of Brisbane’s Mater Children’s Hospital told a conference of the Australasian Society for Infectious Diseases.

“In short, people should stay away from bats,” Francis said. He also noted the disease could someday spread from person to person: “Human-to-human transmission of lyssaviruses has not been well documented, but it is theoretically possible.”

While many animals harbor zoonotic viruses (those that can jump from animals to humans), bats seem to be in a class of their own. The mammals can carry more than 60 viruses that also infect humans, hosting more viruses per species than even rodents, a recent study revealed. [The 9 Most Bizarre Medical Conditions]

Campbell Newman, the premier of Queensland, is taking the news seriously. “We are prepared to put the health and safety of Queenslanders before bats and we make no apologies for that,” Newman told ABC.

But some environmentalists fear Newman may be calling for a culling of bats and flying foxes (an order of large bats) throughout Queensland.

“We always knew that once there was another Australian bat lyssavirus death of a human it would be very serious for flying foxes,” Louise Saunders, president of Bat Rescue and Conservation Queensland, told ABC.

“We are just asking people to have a bit of calm and understand that flying foxes are all around us and we need them — they perform an ecological role in our environment,” Saunders said.

“They perform a very important role; they are our pollinators and seed dispersers for rain forest and hardwood forest industry,” Saunders said.

The best way for people to avoid lyssavirus, according to Queensland Health (the health organization for the state) is to avoid contact with bats and flying foxes.

Lyssavirus isn’t the only virus held by bats that can infect humans. Recent research suggested bats are reservoirs for more than 60 viruses that can infect humans, playing host to more viruses per species than even rodents do. For instance, bats carry several harmful infections, including rabies and viruses related to SARS (severe acute respiratory syndrome); studies have even suggested they may be the original hosts of scary viruses like Ebola and Nipah — which causes deadly brain fevers in people.

“There seems to be something different about bats in terms of being able to host zoonotic infections,” study researcher David Hayman, a wildlife epidemiologist at Colorado State University (CSU), told LiveScience in February.