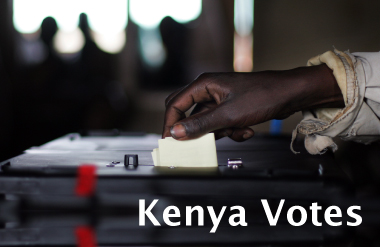 Kenya’s President-elect, Mr. Uhuru Kenyatta has been congratulated on his victory by President Goodluck Jonathan who has urged him to rededicate himself to carrying forward the process of national healing and reconciliation.

In a statement by the special adviser to the president on Media and Publicity, Dr. Reuben Abati made available yesterday, President Jonathan called on the Kenyan President-Elect to do his utmost best to foster greater peace, unity and progress in the country by forming a truly national administration that will meet the yearnings and aspirations of all Kenyans – including his opponents and their supporters.

“President Jonathan applauds the call by Mr. Kenyatta’s closest rival for the Presidency, Prime Minister Raila Odinga for his supporters to remain calm and eschew violence protests while he takes his complaints about the election results to the Kenyan Supreme Court.

“The President also welcomes Mr. Odinga’s expression of confidence in the court and his pledge to adhere to the rule of law and accept the court’s verdict on the elections in good faith the statement added.

Mr. Jonathan then commended the ordinary people of Kenya for their unwavering faith in the democratic process which was witnessed by massive voter turnout – a new record of 86 per cent was set in Monday’s elections.