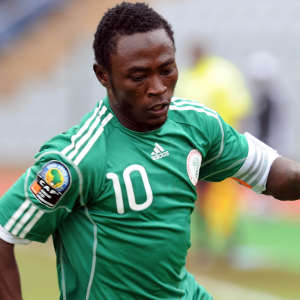 The focus of most Nigerians was on the Super Eagles’ 2014 FIFA World Cup qualifier against Kenya in Calabar but unknown to many, the Flying Eagles on Saturday at the Ahmed Zabana Stadium in Oran, trounced debutants, DR Congo 3-1 at the ongoing Africa Youth Championship in Algeria.

The victory guaranteed the title holders an automatic spot to the FIFA Under-20 World Cup in Turkey in June and July as well as a semifinal passage at the biennial continental football fiesta.

The Flying Eagles who showed significant improvement compared to their two previous matches against West African rivals, Mali and Gabon, finished the group campaign with six points same as leaders, Mali who edged the Nigerians to second spot on head-to-head rule – Mali pipped their Nigerian counterparts 1-0 in the group’s opening game.

The Under-20 Eagles will now face the Junior Pharaohs of Egypt in the semifinals in Ain Temouchent on Tuesday.