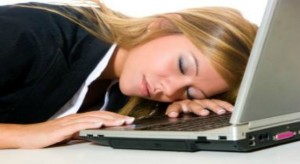 In her article, Pamela Weintraub, of ‘Experience Life’ discussed the effects lack of sleep can have on humans.

We started sharing the effects of sleeplessness yesterday, and we agreed you’d sleep over what was shared yesterday and put them into practice. So if I may ask; how many hours of sleep did you get last night?

If you didn’t get enough, maybe the details of some of the effects mentioned yesterday will help you sleep well tonight. Don’t tell me tomorrow is Monday; you can sleep early so as to get enough hours. No excuses!

The damage caused by sleep deficit first dawned on Gozal, a pediatrician, about 20 years ago, while treating children with sleep apnea, in which breathing is rendered irregular (through physical obstruction or damage in the brain) and sleep is interrupted. After they had surgery to correct the problem, many children appeared transformed. Those labeled mentally challenged became stellar students, and friendships and personalities improved dramatically.

Over the years, researchers traced apnea to cognitive and psychiatric impairments, high cholesterol and atherosclerosis, high blood pressure, obesity, and type 2 diabetes, to name a few.

Eventually, Gozal realized the apnea findings were applicable to adults who were burning the candle at both ends, whether they had apnea or not. He and his colleagues traced perturbations in sleep to a surge of pro-inflammatory molecules — from dangerous cytokines to C-reactive protein — that did massive damage throughout the body. For example, in adipose tissue (body fat), these pro-inflammatory molecules set the stage for obesity and type 2 diabetes; in the cardiovascular system, heart disease; in the brain, neuronal loss.

Fortunately, it’s often possible to reverse the damage caused by sleep loss. A 2007 study published in the journal Circulation, for instance, followed 26 children with apnea who had the inflammatory precursors of cardiovascular disease. By curing the apnea, Gozal reversed the damage in all except six of the children, and that’s because those six had a genetic predisposition to the disease.

This led to a seminal finding: The pro-inflammatory state caused by sleeplessness makes those who are already at genetic risk for certain maladies far more vulnerable to triggering them into an active disease state.

Gozal explains, for example: “If you are born with a familial predisposition to Alzheimer’s at age 70, a sleep disturbance could bring it on at an earlier age, say 55.”

Some of the most groundbreaking sleep studies have involved fruit flies, because they have very similar sleep-wake cycles to humans. In recent years, researchers have used them to show how fundamental sleep is for proper brain function. It turns out that sleep affects our long-term memories, emotional stability, cognitive skills and ability to learn.

Sleep researcher Paul Shaw, PhD, a neurobiologist at Washington University in St. Louis, and his team created a fruit-fly boot camp to test the hypothesis. First thing in the morning, after the flies woke up, the scientists counted their synapses and set about training them in various tasks. In one case, for instance, male flies were taught to distinguish between real females and other males disguised with female pheromones.

During the training sessions, fruit flies mastered the tasks, and afterward, scientists found that the number of their synapses increased.

The trained flies needed more sleep than a control group of untrained flies. When his flies fell asleep, long-term memories were formed, and the brain was free enough to learn again.

Conversely, when the researchers trained flies but then prevented them from sleeping until the next day, they forgot everything they had learned.