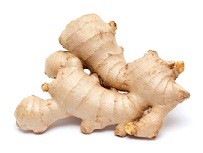 Ginger is a popular coking spice and is used all over the world. It has also been used as a natural remedy for many ailments for centuries.  Now modern science has caught up and realized just how potent ginger is. Here are ten health benefits of this powerful herb.

A review of several studies has concluded that ginger is just as effective as vitamin B6 in the treatment of morning sickness.

One study showed that ginger has anti-inflammatory properties and is a powerful natural painkiller.

Ginger has long been used as a natural heartburn remedy. It is most often taken in the form of tea for this purpose.

5, Cold and Flu Prevention and Treatment

Ginger has long been used as a natural treatment for colds and the flu. Many people also find ginger to be helpful in the case of stomach flus or food poisoning, which is not surprising given the positive effects ginger has upon the digestive tract.

Research has shown that ginger may provide migraine relief due to its ability to stop prostaglandins from causing pain and inflammation in blood vessels.

In Chinese medicine, ginger tea with brown sugar is used in the treatment of menstrual cramps.

BBC News reported in 2001 that ginger is a natural alternative to treating arthritis pain. “A pill containing extracts of the root spice has proved to be as effective as conventional painkillers in a clinical trial.

Ginger has been shown to reduce cholesterol and as such can aid optimum heart health.