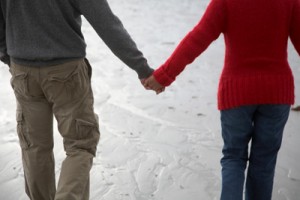 It is very common to come across a couple who seem like they’ve been dating forever. All of us probably know one couple or the other who’ve been together for 5 years or more. Some of these relationships work out but unfortunately, many of them don’t. Some of them don’t get married on time for honest reasons like education or financial difficulty or where the woman is much younger and is just not ready.

Perhaps the worst part of long relationships for me is that if they break down, you’ll find it very difficult to move on. That person would have become a fixture in your life. People in all your circles will have known about the relationship and you’ll be constantly asked about your partner and constantly reminded about the breakup. There’ll also be the crushing feeling in your heart that you have wasted a large part of your life on someone that you will not eventually spend it with.

So how do you know when you’ve crossed from being in a fruitful and progressive relationship to just wasting time? The truth is only the parties to the relationship can tell. However, most often they are blinded by faith and hope and love that maybe eventually things will get back on track. Unfortunately, women suffer the most from long and eventually unfruitful relationships. This is because a man who’s in his 30’s can date again with no issues but a woman would’ve had her options limited.

In my opinion, where there are special circumstances like those listed above, a relationship can last for 5 years, but no more. However, if both parties to the relationship are mature individuals, out of school and at least one of them is gainfully employed, I don’t see why it should take more than 2 years to either make a lifelong commitment or get out.

The best thing in cases like this is to discuss goals and plans before you even decide to get into a relationship in the first place. If a guy you like is planning to embark on a 4 year doctorate course outside the country, and work for a while after, before he gets married, and you want to get married in 2 years, then you must weigh your options. Don’t get into the relationship thinking that he’ll change his mind or it will work out somehow. It’s better not to start the relationship at all, than to end it after putting 7 years of your life into it.

So how long do you think is too long? Have you ever been in a long-term relationship? Did it end well or badly? Please share your thoughts in the comments section below.