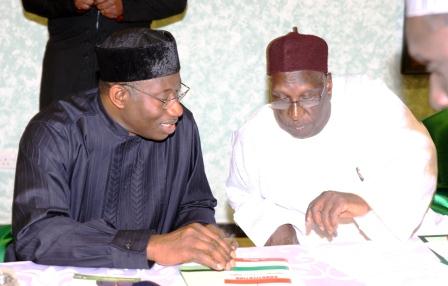 The All Nigeria Peoples Party (ANPP) and the Congress for Progressive Change (CPC) has lampooned President Goodluck Jonathan and the Peoples Democratic Party (PDP) for suspending Governor Rotimi Amaechi of Rivers State over the controversial Nigeria Governors Forum (NGF) election.

In separate reactions yesterday in Abuja, the ANPP spokesman Emma Eneukwu said, “this action rubbishes its claim to any democratic credential, as it has clearly shown that it practices despotism and the tyranny of a cabal. We worry at this dangerous development and ask Nigerians to take due notice of this charade and place it in perspective in view of the forthcoming 2015 general elections.”

CPC spokesman, Rotimi Fashakin on his part recalled that the PDP was founded by a group of Nigerians called G-18 (and later morphed into G-34) after the lifting of ban on party politics in 1998; on enviable desires of its founding fathers of a Nigeria with firm foundation rooted on the rule of law but regretted that it has since deviated from the track.

“We are aware that the PDP’s national leadership was miffed by Governor Amaechi’s victory, despite the high-wire opposition that the presidency mounted to forestall. The anti-Amaechi governors that are being prodded by the presidency are clearly unaware of the buffoonery of their claims that a pre-election endorsement easily translated to the votes garnered by their candidate (Chief Jonah Jang) at the Governors’ election. This, again, attests to the opprobrious level that the PDP’s degeneration can be,” Fashakin said.