Home Lifestyle Ask Jay: He Wants to Marry Me But I’m Scared of His...
Facebook
Twitter
WhatsApp 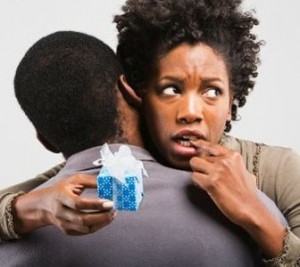 I’m in love with a man that has been married and separated for two yrs. now and he has a son. He has asked me to marry him but I’m scared of the other wife coming back due to their everyday communication because of their son because she refused to give the father custody of him. She sounds violent and angry which makes me scared. He loves me so much and I really want to be with him. What should I do?

Being with a man who already has a child can be a very tricky situation, especially if he was once married to the mother of that child.

The bitter truth about being with a man who already has a child is that it is very similar to being a second wife. That first woman is always going to be a part of your life and from how you’ve described her, she doesn’t sound like someone who will leave you in peace.

Also, you said they were “separated”, does this mean they are officially divorced? If they are not, it means your marriage to him will be legally invalid and your children won’t be entitled to anything from him.

All I’m asking is that you think it through. Love is a good thing but it can only go so far. If you decide that no matter what happens, you love your man and will stand by him, then go ahead but if you’re not ready to face the consequences, then I suggest you say your goodbyes. I wish you the very best.

If you have a dilemma and you’d like to share, send an email to ‘Jola Sotubo on [email protected]