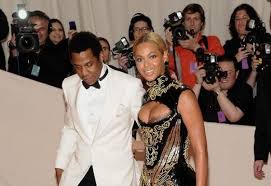 Jay-Z has denied reports his wife Beyonce is pregnant with their second child, according to radio station Hot 97.

DJ Old Man Ebro said on the air Monday that he had emailed the rap mogul with his congratulations over the weekend, and “he hit me back and said it’s not true.”

He quoted Jay-Z as saying: “It’s not true. The news is worse than blogs.” Citing unnamed sources, E! News reported Friday that Beyonce was expecting baby No. 2, apparently confirming rumors that had been swirling all over the internet after the 31-year-old singer canceled a tour date in Antwerp, Belgium, because of “dehydration and exhaustion.”

Her Mrs. Carter World Tour — which kicked off last month in Belgrade, Serbia — closes Aug. 5 at the Barclays Center in Brooklyn, Jay-Z’s hometown.