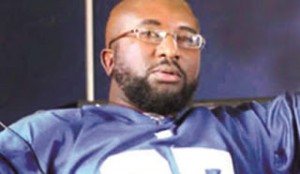 Star FM DJ Munyaradzi Mlimo, popularly known as DJ Munya has been arrested on allegations of kidnapping and killing a man he suspected of engaging in an extra-marital affair with his wife.

The DJ reportedly forced the man to drink poison.

The Zimbabwean radio personality was arrested last Thursday in Harare following the disappearance of the man, who was only identified as Magorimbo.

DJ Munya was yesterday still assisting the police with investigations.
The matter is being handled by detectives from the Criminal Investigations Department’s Homicide section.

Although the details were still sketchy by last night, sources close to the investigations said some time this month, DJ Munya suspected that his wife who works at PSMAS was having an affair with Magorimbo, a workmate.

Sometime last week he reportedly confronted Magorimbo at his workplace.

On Saturday Magorimbo was dumped near his flat in the city while he was unconscious and was taken to St Anne’s Hospital for treatment.

Magorimbo died yesterday morning and it is believed that he was forced to drink an undisclosed pesticide.

His body is still at the hospital’’s mortuary awaiting post mortem.

National police spokesperson Chief Superintendent Paul Nyathi yesterday said he could not comment as he was out of town.