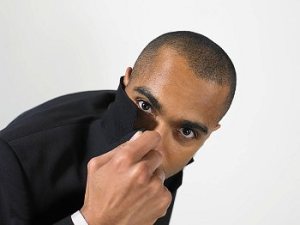 Wouldn’t it be nice to know if and when you’re being lied to? Unfortunately most humans aren’t very good at detecting lies. Our natural tendency is to trust others. But while it would be unrealistic to analyze every single conversation and interaction for signs of deception, there are times when it really is important to get the straight story.

So, regardless if it’s your spouse, your friend, your business colleague, even a politician, how can you tell if what someone is saying is less than truthful?

Experts, including police officers, teachers, psychologists, even the FBI, list the seven below clues as some of the most powerful lie-detectors around:

1. Their attitude and/or voice changes.

If you know how someone generally sounds or acts (such as they naturally talk fast, etc.), ask them questions you don’t know the answer to. If his manner they abruptly shift from calm to agitated, or even vice versa, they’re probably not telling the truth.

2. They give off physical cues.

To help figure out if someone is lying, watch their body language. Typical clues include sweating, fidgeting, seeming distracted, or behaving as though they’re nervous or anxious.

If they won’t or can’t make and maintain eye contact with you, it’s often sign of deceit.

Liars’ stories often lack detail, so to spot a liar, push them for specifics. The more information a liar has to provide, the more likely they are to slip and respond in a way that exposes their dishonesty.

5. They tend to be less pleasant.

Liars are not only less cooperative and friendly than people telling the truth, they also tend to make more negative statements and complaints.

6. They seem to have an answer for everything.

Ask most people certain questions, and they have to pause to think about it. So, when someone seems to respond a little too effortlessly, with zero hesitation, it points to the possibility of a dishonest, and rehearsed, response.

To sell someone on the integrity of their answers, liars often use phrases that emphasize the validity of their statements, like “to tell the truth” and “to be perfectly honest.” Most truthful people have no need to do this.

Lie-Detection 101: Work on Your Intuition

Experts agree that good human lie detectors learn to develop, and listen to, their intuition. They figure out how a person might think or feel if they are lying in a particular situation, as opposed to someone who is telling the truth, then they look for behavioral indications of those thoughts or feelings.