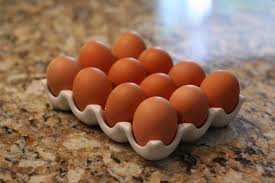 At least 9 million people a year in the U.S. suffer from a foodborne illness caused by a major pathogen, according to the Centers for Disease Control and Prevention.

“It’s the worst during the warmer months, when there are more outdoor gatherings and people tend to leave food out and practice unsafe food handling techniques,” said Scott Becker, the executive director of Association of Public Health Laboratories, a nonprofit organization that helps prevent and track foodborne illnesses.

There are ways to prevent getting sick from the foods you eat. Read on to learn what you can do to protect you and your family from foodborne illnesses this summer.

The Problem: The FDA reports that more than 140,000 Americans are infected each year with thesalmonella bacteria from eating eggs. Approximately 30 die. Often the shell is contaminated by animal waste or some other environmental source. Becker said that if the eggs aren’t treated properly at the site where they are produced, the contamination is transferred to your kitchen.

Safety Tips: Becker advised consumers to avoid eating raw eggs and to cook all eggs thoroughly before eating. It’s also important to wash your hands with soap and warm water after handling either the shells or liquid parts of an egg, as well as all surfaces the egg has touched.

The Problem: Leafy green vegetables are the number one source of food related illness, according to CDC statistics, and sprouts are another major culprit. Vanessa Coffman, education manager for STOP Foodborne Illness, said vegetables are a major source of salmonella, E. coli and other bactieral infections because they are grown in fields, often directly in the soil, where they can be exposed to pollution, animal feces and countless other forms of contamination. Also, since many vegetables are eaten raw, pathogens may survive even after a thorough washing.

Safety Tips: Coffman said the best way to protect yourself from dirty veggies is to wash them thoroughly and cook them whenever possible.

“Keep meat and vegetables separate from one another and use a separate cutting board for each,” she advised.

The Problem: Last year, more than half a million cantaloupes were recalled by the Food and Drug Administration. The agency said it was acting in “an abundance of caution” after it was discovered that some consumers had eaten fruit that had tested positive for salmonella.

Fruit of all kinds are generally high up on the agency’s recall list. Becker said that part of the problem is that one farm may send out contaminated produce all across the country, so outbreaks become widespread very quickly. Consumers don’t always wash fruit before eating and, although cooking would render it safer to eat, most people eat it raw.

Safety Tips: Coffman said that even a fruit with an outer rind, such as a cantaloupe or an orange, should be washed before slicing to avoid dragging pathogens across the entire length of the fruit. Even produce that comes with a “prewashed” sticker should be washed carefully anyway.

The Problem: As healthy a food as fish is, it’s frequently pulled off grocery shelves due to safety concerns. One common reason, said Coffman, is vibrio contamination, a pathogen related to the bacteria that cause cholera. Vibrio is found in higher concentrations when water gets warmer, so outbreaks are more common in the summer months.

Fish can also be recalled due to high mercury concentrations. Just last month, the Texas Department of State Health Services, warned against eating fish caught off the coast of the Lone Star State due to unusually high levels of mercury. If consumed on a regular basis, mercury can cause harm to the central nervous system.

Safety Tips: Pregnant women, children and people with compromised immune systems should limit their consumption of fish suspected of high mercury levels and all raw fish, including what’s found in sushi. Coffman said that all fish and seafood should be cooked to an internal temperature of at least 145 degrees Fahrenheit.

The Problem: In April of this year alone, nearly 500,000 pounds of adulterated meat was recalled by the United States Department of Agriculture. The meat in question was thought to be contaminated with the listeria bacteria, a pathogen that kills one in five people it infects.

E. coli, salmonella and parasites are also routine meat and poultry contaminants, according to the USDA’s own Inspector General reports, as are antibiotic resistant drugs and pesticides.

Safety Tips: Becker stressed how important it is to refrigerate meat to 40 degrees or below until right before cooking it.

“That includes outdoor picnics and barbeques,” he said. “Bring a cooler and keep it chilled until ready for use.”

Coffman advised using separate cutting boards for meat and washing hands and surfaces with warm soapy water for at least 20 seconds after handling.

Proper cooking is also essential to kill as many bacteria as possible. Burgers should be cooked to an internal temperature of 160 degrees; cuts of meat, poultry and all leftovers to 165 degrees.

The problem: This week, a Michigan company recalled its packaged sunflower seeds and all products containing the seeds that were distributed in nine states over a suspected listeria contamination. More commonly, the culprit in nuts and seeds is salmonella. If something goes amiss during the roasting process, the pathogen survives and infected nuts can find their way into grocery baskets.

Safety Tips: Whenever possible eat roasted versus raw nuts. The best way to protect yourself from accidentally consuming contaminated nuts, Becker advised, is to check for recall updates on the government’s Food Safety website. You can also sign up for recall email alerts on the Stop Foodborne Illness website or Facebook page.

The Problem: Oh no! Not even Fido is safe. Dog food recalls for salmonella outbreaks are fairly common. Ditto for cat food. An animal that has eaten some bad food will usually experience diarrhea and dehydration. Most will live through it, though youngsters, seniors and pets that are already ill may not. Contamination also poses a high a risk to owners who may be sickened after handling tainted food.

Safety Tips: Since your furry friend can’t speak up to describe his symptoms, be sure to stay up to date on all recalls. These are listed on the FDA website. If you find your pet’s food on the recall list, stop using it immediately. Check with the company’s website to learn about disposal methods and compensation.

Summary of Best Food Safety Tips From the Experts

Wash your hands and all surfaces thoroughly with warm soapy water for at least 20 seconds after handling produce or meat.

All meat, poultry and fish should be refrigerated to 40 degrees Fahrenheit or cooler until just before it is cooked. For outdoor picnics and barbeques, bring a cooler.

Buy a meat thermometer and cook food to its appropriate internal temperature. According to the FDA, that’s 145 degrees for fish and whole cuts of beef, veal, lamb and pork; and 165 degrees for burgers, poultry and all leftovers.

Keep an eye out for all food recalls. Toss food that’s been recalled to avoid the risk of getting sick.