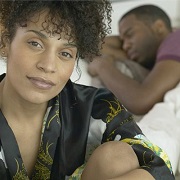 A controlling guy will often control even the things that you’re supposed to be doing as a team — such as where you go on vacation, which movie you rent that night, and what you have for dinner.

Relationships can have all kinds of issues and one of them is men who are over-controlling. I can’t say I’ve ever experienced that — if anything, I’d love a guy who takes a little more control! Ha! But not if he overdid it. And a lot of them do, unfortunately. Men who try to control you are usually insecure. They often come from dysfunctional families where they had no control over anything, so they try to make up for it by controlling their current life with you. It gives them a false sense of power — something they feel they had none of as a child. They’re often fearful you’re going to leave (like maybe mommy or daddy did), so they think that by controlling every little thing, they’ll make it impossible for you to do so. It doesn’t even occur to them that they’re actually driving you away. Here are eight ways you know your man’s controlling behavior is out of control.

1. Your friends and family.

Controlling men will often try to control access to who you see and when. He often has a problem with whoever he thinks has the most influence over you, like a sister, mother, or best friend. He’ll come up with all kinds of reasons this person is bad for you, and if you ever hit a rough patch with that person, he won’t let you forget it, and will constantly say things like, “Why would you want to be friends with someone who treats you so badly?” The gist is that it’s only HE who has your best interests at heart and therefore you should only listen to HIM.

Controlling guys will often insist on being the ruler of the family finances, the one who pays the credit cards, the one who controls the bank account, and you can only spend money if you run it by him first. Sometimes he will withhold money for something small. Yet if you want to get a job to earn your own money, he comes up with reasons why you shouldn’t.

A controlling guy will insist on having the passwords to your Facebook and email accounts, and check your phone to see who you’re calling. He’ll do this even if you’ve never given him a reason not to trust you, and come up with some excuse like he’s “protecting” you from crazies on the Internet.

A controlling man hates it when you go anywhere that might mean you’re out from under his control — even if that is just the gym, or a friend’s house, or the park. He’ll sabotage it in any way he can think of. If ordering you not to go doesn’t work, he might pretend to be sick to get you to stay home, or tell you that you can’t waste the gas in the car, or accuse you of trying to stay in shape so you can attract other men.

A controlling guy will have something to say about every aspect of your appearance, from your clothes to your weight to your makeup. Why are you wearing eyeshadow if you’re just going to the grocery store? You need to lose/gain a few pounds. You’re not really going to wear those boots, are you? Why won’t you dye your hair red?

A controlling guy will often control even the things that you’re supposed to be doing as a team — such as where you go on vacation, which movie you rent that night, and what you have for dinner.

Often a controlling guy will make it seem abnormal if you want to have any choices or power or control by having a séxist, misogynistic attitude that declares that women should do the chores, or wives should always cook for their husbands, or mothers should never work or have time to themselves away from the kids.

It’s always when he wants it, and how he wants it. If you try to take control in that area, he shuts down, or makes you feel “dirty,” or suddenly has no séxual interest.

The only real way for a guy to loosen his controlling grip is with the realization that what he is doing is destroying the relationship and that he needs to figure out why he’s trying so hard to control life. Then he needs outside help via counseling, support groups, behavioral therapy, etc.