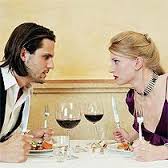 A lot of guys would love to end up stripped naked on the first date, but not in the way experienced by this man. Shaun Paul Williams, 34, told that he was beaten, robbed, forced to strip naked and abandoned on the side of a road Friday evening during a first date with a woman named “Tree.”

Authorities found Williams nude and bloodied walking on the shoulder of a road in Bunnell, Fla., late Friday near a cow pasture, NBC News reported.

According to the police report, Williams met Tree two weeks ago and they set a date for June 14. When she picked him up, there were two other men in the vehicle and Tree explained that one of them was her brother and she was going to drop him and the other guy off at his home.

Instead, the brother asked to stop at a cow pasture and Williams chose to jump out and urinate. At that point, he said he was hit in the head with a hard, metal object while one of the men yelled, “Give me all your money and your clothes”.

Williams looked up and saw a semi-automatic pistol pointed directly at his face, so he took off all his clothes and gave his assaulters $200 in cash, a cell phone, his Florida driver’s license, a gray tank top, a pair of black Dickie shorts and a pair of gray and black DC sneakers. The two men — who were both described as being around 30 — then fled with Tree, FlaglerLive.com reported.

Williams, a professional painter, told the Daytona Beach News-Journal that, unless he gets surgery, he could lose his right eye and that his cheekbone and jaw are fractured.

He’s also expressing regrets at how the date turned out.

“I was going to take the girl on a nice dinner, trying to be a nice guy and next thing I know, I got beat up over a couple dollars,” Williams told the Daytona Beach News-Journal. “Basically, it was my stupidity,” Williams said. “I should have realized there was something funny about it.”

Police are looking for an African American woman and two African-American men in a late-1990s model dark blue four-door sedan.