Barcelona and Real Madrid are topping in the latest rank of social media of sports club in the world, according to Forbes. 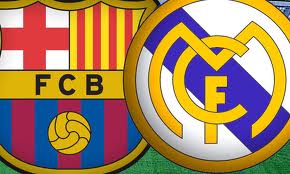 Forbes released its annual ranking of the world’s 50 most valuable sports teams. European football clubs dominated the list, so also clubs in the U.S.

European Club holders Chelsea and Los Angeles Lakers are fourth and fifth in the ranking.

Overall, Soccer dominated the list, with 207 million total fans almost four times that of the NFL and ten times that of baseball.