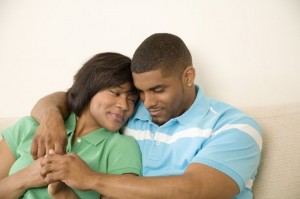 Could Your Man Be A Liar?

One significant lie in a relationship can destroy it forever. But how good is your B.S. detector? The good news is with training everyone can increase their ability to spot lies. The following are the eight most effective ways to boost your skills and determine if someone is spitting authentic or fabricated game to you.

1. When the stakes are high, people will lie.

Context is everything. Keep in mind that whenever someone stands a lot to lose (like you) or a lot to gain (like you) they are more likely to lie.

If you’re in a situation where you believe the person you’re speaking with “did it,” directly ask them “how do you feel about doing it.” The wrongly accused person will express anger and tell you so. The guilty person will typically express a range of emotions.

When we naturally smile, frown, or shrug, it’s typically even and occurs on both sides of the body. Any gesture that is one-sided may be masking what the person is really feeling.

Only one in ten people can move the muscles around their eyes to fake a smile. If they’re smiling at you but you see no movement (or what’s called “crow feet”) around the eyes, there is a high likelihood the person you’re talking to is masking their real feelings behind a fabricated smile.

5. Look for someone thinking hard.

We think a liar is going to look anxious or nervous, but not so. Liars must think harder than normal because they’re working to cover up the lie so they will instead do things that make them appear to be needlessly thinking hard and conserving energy like not using many gestures, using a slow or impersonal tone or being aloof. Think politician or used car salesman.

The quickest way to put someone on the defensive is to ask them “why?” Instead, in a heated conversation, ask “what made you do that?” Positioning the question this way will tremendously change how people respond to you (and therefore what you learn from them).

7. Stay away from the phone.

From research in the Journal of American Society for Information and Technology, most lies come over the phone or text. This makes perfect sense because it’s much harder to lie in person. So when you detect deception, always have a face-to-face conversation

8. Pay attention to what happens after you talk.

The liar will typically act relieved after having a conversation in which they were deceptive.