Toyin Aimakhu has had enough of all the negativities coming from her critics. The actress who recently got married to fellow actor, Niyi Johnson took to her twitter handle @aimakhutoyin to condemn what she terms negative criticism faced by people in the entertainment industry. 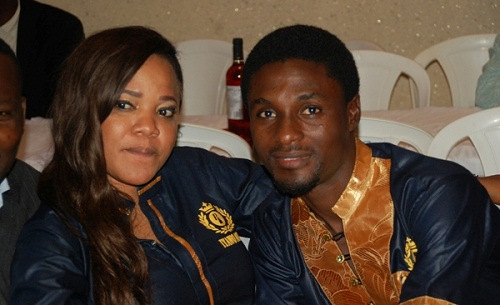 Since she walked down the aisle with her handsome hubby, the pretty actress has come under criticisms. While some alleged that she’s about three years older than her husband, others lambasted her for staging a low-key wedding ceremony as a celeb.

Not happy with all these, the Edo State-born actress has allegedly placed a curse on her critics and begged God to make it come to pass.

She tweeted, ‘I don’t understand anymore,  people will insult us to get married after getting married you will be cursing us that is just a year, if the marriage breaks again you people will be shouting that we arr irresponsible. Anyways anyone who places a curse or say negative words about my home GOD of Abraham,GOD of GOD, ALLAH will place a curse on them and all their lives will bring negative meanings to people”.

She added, “Blood runs through our veins and not petrol or diesel, being an actor or actress doesn’t mean we don’t make mistakes, pleases keep praying for us. I will try my best to keep my head up and be the best wife, role model, actress, friend and mother. No more curses or abuse, we are human and not Holy Spirit”.

The actress then rounded up her series of tweets, saying, “I rest my case till another day, for the future. I was never married, this is my first and only and last marriage till I die. I need your prayers to kip me going not curse.”