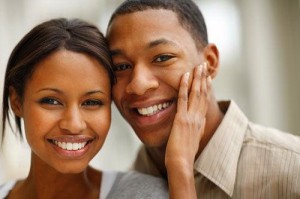 When a loved one is sick……Don’t try to tell your guy it will be okay, or offer a million ways to make him feel better. Just be there when he wants to talk, cuddle, cry or have company. You don’t have to say anything.

It’s easy to know what to do when everything is going fine in you and your man’s lives; be sweet, funny, charming, hot—you know, the usual. But when disaster strikes your partner, there are some behaviors you need to ease up on, and some that will be all new territory for you. Here’s how to be a quintessential and supportive girlfriend in some of life’s most trying situations.

1. WHEN HE RUNS INTO HIS EX

Maybe it’s an ex who left him at the alter or cheated on him, or perhaps an ex who went a little crazy and warranted a restraining order. Either way, you can’t just go on as if nothing just happened when you and your man run into his ex.

IT DEPENDS ON THE EX

If it was an ex who broke his heart, you might wonder if he still has feelings for her. But look: he is with you now. The last thing he needs after running into an ex is to have to console you and let you know everything is okay. In this case, act casual, happy and just ask, “Was that weird for you?” “Weird” is a neutral word. It doesn’t imply sad, scary, upsetting or anything in particular. It opens it up to your man to say whatever is on his mind, and it displays no judgment on your part. If it’s a crazy ex, she will in all likelihood do something crazy when she sees him with you, like yell at you, throw a drink at you, shove you or a number of things. You have to act completely un-phased by it, because your man will be so embarrassed that he ever dated someone like that, and feel terrible you had to feel her wrath. Laugh it off. Tell him you’re so sorry for him. Change the subject as soon as possible. If possible, ask him to go do his favorite activity.

2. WHEN HIS PARENTS ARE OUT OF LINE

Sometimes parents just suck, right? Sometimes, instead of being the unconditionally loving, supportive and comforting people they should be, they are harsh, unsupportive, critical, judgmental and hurtful. And it is very uncomfortable for your partner to have you see his parents be this way towards him.

MIX A LITTLE SYMPATHY WITH A LITTLE REASON

If your man’s parent was just a total heart-less jerk to him, saying or doing something very un-maternal/paternal, he’s no idiot, and you can’t put a nice spin on why they did it. So show your man you see what he sees: tell him that yes, his parent is being awful right now! And it must be very painful for him. But, at the same time, nobody wants to see their parent as a monster, and you—as a non family member—are not really in a place to trash talk. So, while you sympathize and acknowledge how tough the parent is being, also analyze. Tell your partner there must be a reason his parent is being that way—some fear they have, or stress they are under. At the end of the day, whether we like it or not, we cannot dismiss our parents entirely. Part of surviving with them, is rationalizing some of the awful things they do. Help your partner do that.

3. WHEN HE GETS FIRED

When a man gets fired, he doesn’t feel like a man. He doesn’t feel that he has the skills to provide not only for himself but for a family one day. In addition, men have an incredible sense of competition, and in this economy, it’s even higher. Each man feels like he won’t be the one to get the boot. And when it happens, it’s even more devastating because he knows, in this economy, how much harder it will be to get back up.

There is nothing sophisticated, complicated or even that psychological about this solution: your man needs to still feel competent and attractive in some arena of his life! He doesn’t want your pity, and to be honest, he doesn’t even want your help finding a new job. All he needs from the woman in his life is to still be a man in her eyes. Get ready to be active in the bedroom; your man needs your attention. As for talking about the issue, only do it when he wants to. If he isn’t bringing it up, it’s because he wants it off his mind right now.

4.WHEN HIS DREAMS AREN’T COMING TRUE

When his screenplay gets rejected for the tenth time, or he once again doesn’t land that acting job, or is denied a loan to start his business or in some way, his baby (his dream) that he has been nursing for years still isn’t finding its place in the world, what do you do? What do you tell a man up against all odds?

REMIND HIM OF THE REALITY

Remind him that any role model he has in his field was exactly where he is now at one point. Remind him that while he persists and persists, his competitors lose hope and drop out of the race. Remind him that no step or effort is wasted because connections or lessons are gained from each. Remind him that he has nothing to lose, and that the worst that can happen by continuing on is more rejection, and he already knows how to handle that, right? Remind him that life is too short to not go after your dreams, and while chances are slim of them coming true now, they go down to zero if he gives up.

5. WHEN A LOVED ONE IS SICK

This is a tough situation because, unless you are a doctor, there is very little you can do to remedy the actual problem at hand. And if you think you feel helpless, your man feels even more helpless seeing his mother/brother/best friend in a dangerous medical situation.

DON’T TRY TO FIX ANYTHING

Often, when someone is hurting emotionally, and somebody comes in trying to “fix” things, the person in pain feels a responsibility to at least make it seem like the fixer actually, well, fixed things. But, you’re not really fixing anything; you’re just giving your guy an added responsibility of having to now make you feel good about your efforts. Don’t try to tell your guy it will be okay, or offer a million ways to make him feel better. Just be there when he wants to talk, cuddle, cry or have company. You don’t have to say anything. And then help in the ways you can, like with chores, or errands, or helping out the rest of his family that is affected by the situation. He’ll appreciate that you are realistic about the problem at hand.

6. WHEN HIS DOG PASSES

Even the least paternal man feels a sense of fatherly love towards his dog. He may not have even realized what a big responsibility it had been in his life at the time—waking up early to feed the dog, putting aside money for vet visits, organizing for pet sitters—but when a man’s dog gets ill and eventually passes, he may realize for the first time that he was the protector of this living thing and he may feel that he failed.

Nobody ever loves your dog as much as you do. For that reason, people often write off the pain you are in when your pet passes away. They’ll give you a quick, “Aw, I’m sorry” maybe accompanied by a hug, but then they’ll ask you what you want on your sandwich. Life goes on for everyone else, and you have to pretend you’re not in immense pain because it was just an animal, right? Wrong! Your guy can either feel incredibly emotionally distant from you in this time if you’re not going through the pain with him, or he can feel you’re the only person that gets him. Treat this like the death of a human. That’s how it feels to your guy. For weeks, possibly even months, treat your man as if he just went through a big loss. Things will be about him for a bit—about making him feel better.

Hopefully your man isn’t struck with anything untreatable, but he still might go through periods of being very ill for a long time. Fighting pneumonia, recovering from a surgery, or fighting an infection. There are plenty of things that could have your boyfriend out of shape, out of work, and out of his regular life for weeks or even months.

REMEMBER, HE CAN’T DO MUCH!

The biggest mistake partners make when the other is sick is forgetting, that person can’t do the stuff you used to do! They probably cannot have sex as often (or perhaps at all while sick), they don’t have the energy to go out for dinner, having friends over exhausts them. Don’t ask them to do those things unless they suggest them themselves. Otherwise, your partner will end up worrying about letting you down and dragging you into their sickness with them. And that literally adds insult to injury. Do what you need to do for yourself—see your friends, go to your workout class, buy a good vibrator—so that you’re energized to take care of your partner. Taking care of yourself is one of the most crucial parts to taking care of someone else. If you don’t do it, you’ll be exhausted, irritated and a poor caretaker.