Singing May Be Just As Healthy As Yoga, Scientists Say 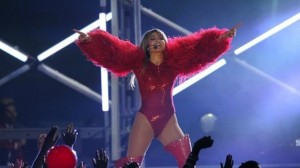 Deep, controlled breaths and coming into harmony with those around you, sounds like a description of some fundamentals of yoga. But it could also be applied to singing. Does comparing the two sound like a stretch? Not to some scientists who say that singing is just as healthy as yoga.

The London Telegraph reports that researchers at Sweden’s University of Gothenburg have found that the heartbeats of choir members begin to synchronise, resulting in a calming effect on the mind and body that has the same health benefits as the ancient practice of yoga.

“Song is a form of regular, controlled breathing, since breathing out occurs on the song phrases and inhaling takes place between these,” Dr. Björn Vickhoff, who led the study, told the paper. “It gives you pretty much the same effect as yoga breathing. It helps you relax, and there are indications that it does provide a heart benefit.”

To get their results, researchers had a group of teenagers perform three singing exercises: chanting, humming and singing a hymn.

Of course, the study could not make a direct comparison of the overall physical benefits of yoga compared with singing. After all, there are a variety of yoga practices, many of which place an equal if not greater focus on physical development as they do on breathing or meditative exercises.

Still, there seems to be an abundance of evidence indicating that singing is healthy, including the simple fact that singing has been shown to release endorphins. Meaning that those who take part in the activity generally tend to feel better, which in and of itself can have a positive impact on overall health.

In addition, studies at Australia’s University of Newcastle have found that singing lowers levels of depression and anxiety in the elderly and improves a general sense of well-being for those of any age.

Those who sing regularly also breathe more efficiently. That sounds fine and good for everyday living. But the Telegraph notes that a 2012 study by Cardiff University found that cancer patients who sang in a choir had a greater expiratory capacity, which benefited their treatment and recovery.

A 2008 joint study by Harvard and Yale even notes that a Connecticut town had a higher than average life expectancy directly tied to the large number of residents who participated in choir activities.

Still, despite the promising results from the Gothenburg study, Vickhoff isn’t telling people to roll up their yoga mats just yet. “The medical effects need further investigations,” he said.