President Barack Obama turned 52 on Sunday, celebrating part of his birthday at Camp David after spending Saturday golfing with friends. 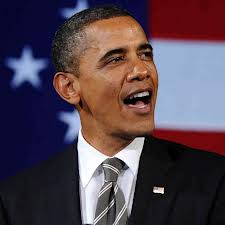 The White House didn’t say exactly how the commander in chief celebrated his birthday, issuing a happy birthday tweet.

That left the White House pool report understandably thin upon his return.

“Marine One touched down at 1:58 and he was back in the White House by 2,” the National Journal’s George Condon wrote in his Sunday pool report.

“Obama was wearing a casual jacket and an open-collared blue shirt. When someone shouted ‘Happy Birthday,’ he smiled and waved, one of several waves toward the cameras as he entered the White House. No birthday cakes or party hats were evident.”