Home Lifestyle The More Your Siblings, The Better Your Chance Of A Lasting Marriage
Facebook
Twitter
WhatsApp 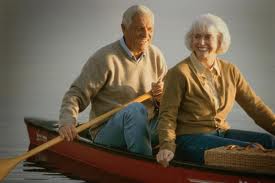 You might want to thank your younger sister for being a copycat and your brother for being a tattletale. Turns out all that annoying childhood behavior was arming you for a healthy marriage.

A new study by researchers from Ohio State University suggests that growing up with siblings lays the foundation for healthy relationships later in life and may even reduce the likelihood of divorce.

The more siblings you have, the better you chance of a long-lasting marriage. With each sibling (up to about seven), your probability of getting divorced is reduced by 2 percent, according to research published Tuesday by the American Sociological Association. ‘This study suggests one positive benefit of having siblings,’ Donna Bobbitt-Zeher, co-author of the study and assistant professor of sociology at Ohio State University, told Yahoo! Shine. ‘This is significant because it shows a long-term consequence of growing up with siblings.’

Developing ways to handle sibling relationships could be key to making a marriage work. With each new addition to a family, the dynamic changes, forcing a person to navigate differing opinions and personality clashes.

That early lesson in adaptation comes in handy when settling down with a partner. ‘Perhaps the relationship dynamics in larger families differ in such a way as to foster such skill development,’ she explained.

The study also found that an only child was less likely to get married at all: The odds of marrying increased 3 percent with the addition of each sibling to a family.

‘This is consistent with a view that growing up with siblings provides opportunities to develop those kinds of skills, like conflict negotiation, that help us form and sustain meaningful relationships into adulthood,’ Bobbitt-Zeherpointed out.

Researchers Bobbitt-Zeher, along with refllow researchers, a professor of sociology at Ohio State University and Joseph Merry, an Ohio State grad student, conducted the study using data from the General Social Survey, which included interviews with 57,000 adults across the United States between 1972 and 2012.

They say that this positive marriage effect was seen among all generations included in the study. The researchers also took into account several variables, including education, age of marriage, and religious affiliation, that often contribute to divorce, but found that none of those factors ultimately affected the relationship between the number of siblings and divorce.

If you’re an only child or the parent of an only child, there’s no need to fret that you or your child is doomed for divorce and a life of social awkwardness. Another study by Downey and Bobbitt-Zeher suggests being an only child doesn’t harm development of social skills as a teen, and aSwedish study from last year found that kids from small families received better grades and were more likely to go to college.

The study’s authors acknowledge other research that suggests positive educational outcomes for only children and for children from smaller families, and they realize that the number of siblings is just one of many possible factors in divorce.

Bobbitt-Zeher said they are only just beginning to look at this type of relationship. ‘I certainly would not base decisions about having additional children on this finding,’ Bobbitt-Zeher explained. ‘Developing a more complex understanding of sibling effects, one that sees the benefits as well as the disadvantages, will take time.’

Another advantage to growing up with siblings? A study from 1983 concluded that an older sibling can inadvertently teach you how to initiate a conversation with the opposite séx, noting that last-born kids had an easier time doing so than their older brother or sister. You probably owe a little gratitude to your siblings after all.