The United States Consul-General, Mr. Jeffery Hawkins, on Thursday, gave reasons why Nigeria was excluded from the 2015 Diversity-Visa-Programme registration. 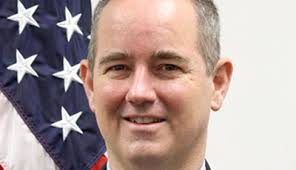 Hawkins told journalists at the U.S. Consulate General in Lagos, that Nigeria was among other countries that had in the last five years, sent more than 50,000 immigrants to the country through the programme.

“As at today, Nigerians have graduated from being under-represented to being a fully well represented group in the U.S.

“There is therefore no longer any need to encourage Nigerians to apply to travel to the U.S. through the Diversity-Visa-Programme. “Already there are too many Nigerians in the U.S. that have benefited from this programme,’’ he said.

The envoy explained that the diversity visa was created to promote countries with low rates of immigration to the U.S. Hawkins said that Nigeria and other affected countries had already exceeded their quota in the last five years.

He, however, stressed that the U.S. authorities would continue to give preference to Nigerians travelling to U.S for visits, business transactions, studies and professional engagements. “All other types of immigration from Nigeria to the U.S, apart from the diversity visa, would continue unabated.

“Also, let me say that the ban has nothing to do with our relations with Nigeria now, and in the years ahead,’’ the News Agency of Nigeria quoted the envoy as saying to journalists. He also dismissed insinuations making the rounds that the move was to reduce the number of Nigerians travelling to the U.S.

The U.S official also said that the development had “nothing to do with insecurity, activities of Boko Haram and other forms of upheaval in Nigeria.” It would be recalled that the U.S. Department of State, banned Nigeria, Bangladesh, Brazil, Canada, China, Colombia, Dominican Republic, Ecuador, El Salvador and Haiti from participating in the 2015 Diversity-Visa-Programme.