President Goodluck Jonathan, yesterday, called for cease fire on the part of the Ondo State government and the family of former Governor Olusegun Agagu on the blame game over who hired the ill fated aircraft. 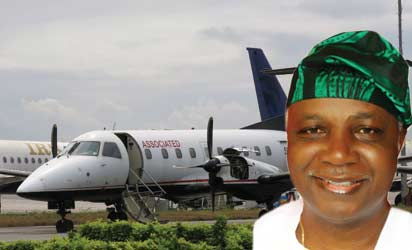 The President spoke through Culture and Tourism Minister, Edem Duke, who led a Federal Government delegation on a condolence visit to Chief Olu Falae over the death of his son, Deji, in the plane that crashed a week ago.

The plane was conveying the remains of the former Governor Olusegun Agagu to Ondo State for burial when it crashed and killed 16 passengers. Deji until his death was Culture and Tourism Commissioner in Ondo State.

President Jonathan asked the government and the family of the deceased to stop dissipating energy on who hired the crashed aircraft during the preparation to give Dr Agagu a befitting burial.

He said: “We should stop dissipating energy by passing blames now. An occurrence like this is not what we pray to see again in this country. This is not a loss only to Ondo State but to the whole country. What we should be concerned about now is how to develop the aviation industry and ensure such a bad occurrence does not repeat itself.”

The president said the Federal Government has ordered a thorough investigation into the cause(s) of the plane crash and this will help to improve the quality of services in the industry. On Deji (Falae), President Jonathan said words were inadequate to describe the “monumental loss of this bright light whom providence took away,” adding that he was leadership material.

The President who expressed his condolence, that of the Federal Executive Council, FEC, and that of the country, prayed that God will grant them the fortitude to bear the irreparable loss of “this star”.

He said, “As a leader, a bridge-builder in this country, the sacrifice is heavy but we want you to bear it with magnanimity; God knows best.”

Responding, Chief Falae who spoke through his eldest son, Dapo, said though Deji lived a short life but his life impacted his generation. He said “We are humbled and proud that Deji lived a fulfilled life going by the outpouring of testimonies of his character, humility and generosity by colleagues, friends and supporters.”