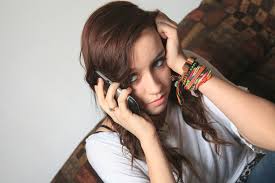 Is your child’s sexual awareness and behaviour worrying you? Here are tips to help you deal with them at this crucial age. There have been numerous studies that state the age of youngsters losing virginity has been drastically reduced. City psychologists believe that it is common among even teenagers as young as 13-14 to have boyfriends and be ‘in a relationship’. Most parents, are worried stiff thinking of all the consequences of such relationships. One cannot stop it from happening altogether unless you live in a deserted island. But if you are aware of the reasons why a child is reaching out and getting so close to someone, what is prompting irresponsible sexual behaviour in him/her, can save your child not only from a prématurely broken heart, but also an early, unwanted prégnancy.   Adolescence, say psychologists, is a transition time when the body undergoes many significant changes. This includes hormonal fluctuations and brain development. It is a period of changing attitudes, perception and behaviour. Seema Hingorrany, author and clinical psychologist says that a majority of teens who experiment with sex are motivated primarily by a desire to satisfy their innate curiosity about the same. Nobody wants to feel left out of things — it’s natural to want to be liked and feel as if you’re part of a group of friends. Psychiatrist Dr Anjali Chhabria says, “The onset of puberty is now seen at younger and younger ages.” Their brains are still under development, which causes them to be impulsive, spontaneous and developmentally not ready to foresee the consequences of their actions and so they need help from parents, guardians or counsellors. There are many factors that could add to the teens-having-séx phenomenon, such as family life, socio-economic background, and peer influence. Seema states, “Unfortunately, some teens feel that they have to lose their virginity to keep up with their friends or be accepted.” She talks about a case of a 13-year-old boy and a 12-year-old girl who got ‘together’ thanks to the cajoling by the girls’ friends that this boy liked her and she should respond too. Her friends helped her by arranging a ‘date’ and when the girl’s mother came to know, she promptly took her daughter to a counsellor. There are instances when problems at home affect children. “A depressed Kiara (name changed) visited me for counselling and therapy. While elaborating on her case history, she mentioned that her parents got divorced when she was six. ‘As I was an only child, I felt very lonely and disturbed and I always missed a father figure in my life’. Kiara was undergoing many conflicts in her environment and would be introduced to boys at parties. She felt she could enhance her self-esteem by indulging into random séx. The problem worsened when she crossed the line and became pregnant. Good parental role modelling is very necessary at this stage,” states Seema. Tips for Parents: Many parents often wake up one morning to find themselves totally bewildered about how to handle this ‘stranger’ who used to be their child. To inculcate right values you just need to take off your ‘parental hat’, and exchange it for a ‘friend’s hat’ and talk to them about your own personal hopes, fears, wishes, dreams and most importantly values. When we show them our human side, including our flaws and weaknesses, we give them permission to accept their own self, and then they are likelier to feel free to share their feelings with us. Séxuality is a complex process influenced by many factors. During the teen years your child has to deal with a lot of things. Their raging hormones combined with zeal for independence may leave them confused and easily impressionable. The more accurate and honest information you provide regarding séx and séxuality, the more likely your teen will be, to make good and safe choices about intimacy and physical relationships.