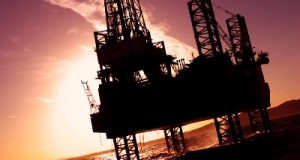 In a statement by Mr. Evi Otobo of the Exploration Unit of Newcross, the discovery was a confirmation of the support the Nigerian National Petroleum Corporation (NNPC) and the Department of Petroleum Resources (DPR) had expressed in newly emerging companies willing to increase the national hydrocarbon reserves through new exploratory activities.

According to him, the Efe field in OPL 283 block located in the northern part of the Niger Delta, was successfully drilled to a total depth of 14,086feet, encountering 16 hydrocarbon-bearing sands with gross hydrocarbon thickness of 648feet.

Otobo said after encountering 16 hydrocarbon-bearing sands, work was ongoing to determine the size and commerciality of the discovery.

“This discovery represents an important step towards unlocking the deep potential in OPL 283. EFE-first well will be temporarily suspended while the company moves ahead to drill EFE-second well,” he said.

OPL 283 is in the northern aspect of the Niger Delta. Formerly known as Oil Mining Lease (OML) 56, the block has a total size of 1,272 square kilometres, with four existing marginal fields within the boundary of the acreage.

Newcross Petroleum and Rayflosh work under Production Sharing Contract (PSC) arrangement for the NNPC, which is the concessionaire.