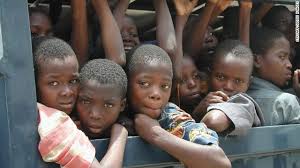 James Madison, one of the founding fathers of the United States, who along with Thomas Jefferson, 1743-1826, laid out in the famous book, The Federalist Papers, the outlines of the American constitution, which was later adopted on September 7, 1787 gave that reply to a reporter who had asked him: “What form of government have you given to the American people”? Madison knew from historical experience that freedom and democracy don’t exist simply because a constitution had been written.  Madison and the founding fathers of America and their descendants, till today, knew too well that “eternal vigilance is the price of freedom”.

By contrast, when Nigeria became a republic in 1963, neither the Prime Minister, Alhaji Tafawa Balewa, nor anybody else, warned Nigerians in the same vein.

It was just assumed that a democratic republic, once pronounced and a constitution written would guarantee and perpetuate liberty. Unfortunately, for our founding fathers (Ahmadu Bello, Awolowo and Azikiwe included), they were the first victims of their collective folly. The democratic republic they pronounced in 1963 was demolished by a small band of armed adventurers; who promptly sent democracy in Nigeria to the dustbin of history. It has remained there till today.

In fact, what we are practicing today is a of combination banana and slave republic. You ask how? Then, let me count some of the ways we have become the largest slave colony on earth. And why any National Conference, Sovereign or not, will fail.

No government, at any level, national, regional or state, calling itself democratic, treats its citizens with such disdain as Nigerians are treated. I am writing this article on Saturday, November 16, 2013, while the election for Governor of Anambra State is underway.

It is known world wide as a bye election – an election taking place outside the normal cycle of national elections. It happens all the time in the United States, whose constitution we borrowed, without caring to learn the collective attitudes that would make the constitution work. I challenge anyone to tell Nigerians when the President of the United States, the Federal Bureau of Investigations, FBI, which is the national law enforcement agency in America and the Electoral Commission had closed the borders of any state holding a bye-election. Yet, the day before the Anambra election, the Nigeria Police, hopefully with the consent of the President of Nigeria, staged a constitutional coup by taking away one of our fundamental rights – The Right to Free Movement.

Nigerians were told that we could not travel through Anambra State for two days for security reasons. I will bet anyone any amount of money that no Police officer and no President of the United States can issue such an order and have it obeyed. The Americans would just ignore “the nut”, as he would be called, and those wanting to go to that state will go anyway. Why? Because America is the “land of the free and home of the brave”.

Here we are a nation of slaves and cowards and our leaders know us. Even the National Assembly, which should see the coup against the people, for what it is, kept silent. David Mark, I can forgive, he never went to law school. But, the Speaker of the House of Representatives is a lawyer. Why their collective silence is pregnant with danger will be revealed at the end of this article.

At state level, the same disregard for citizens is patently manifest as examples, drawn from two political parties will illustrate. Let me start with Ogun State, APC, where massive demolition is underway. The last time the Southwest experienced such inhuman demolition was when Colonel Raji Rasaki (rtd) descended like a Typhoon on the people of Maroko in Victoria Island and now Lekki and mindlessly rendered hundreds of thousands homeless without compensations or alternative means of abode. We shook our heads in disbelief and shrugged it off. What do you expect of Mad dogs (as late Chief MKO Abiola had called the military officers who invaded his house) anyway. But, this Governor Bulldozer, and called “progressive”, only in 2011 was begging the people for their votes. How many would have voted for him, if they knew that by 2013 they would be rendered homeless and asked to come and collect compensations unilaterally determined by government afterwards? Is this democracy in practice? And where is the State House of Assembly in all these?

When the mind turns to Governor Wada of Kogi State, it immediately thinks Convoy Terrorism. His convoy’s collision with Iyayi’s vehicle, killing the Professor and halting FG-ASUU talks, was the third involving the Governor since December 28, 2013. So, it has been one crash every four months and the year is not over yet. I can testify that Wada’s Convoy Terrorism has become legendary in Kogi State. In February this year, on my way from Enugu, heading for Abuja, I encountered the menace near the Confluence Hotel in Lokoja.

The road was terrible; but that did not deter Wada’s convoy from speeding like demons. Even when vehicles moved off the road for them, some of the policemen in the convoy will still kick out or hit with the butt of their guns, vehicles which failed to drive into the ditch fast enough so that Kogi’s Lord and master can move as fast as the Devil will drive his convoy. Several deaths have occurred on account of a man whose first duty is the safety of the citizens. And, where is the State Assembly? Where are the people in Kogi saying enough to a governor who apparently cannot control his delirium of power?

In my ten years in the US, I found myself stopped at traffic lights, in Boston, four times with two Governors of Massachusetts. None violated the red light stopping every citizen. But, I forgot. Those governors were human beings leading other human beings not the political monsters we have created to rule over slaves.

Since the Police can order us to stay away from Anambra for three days “for security reasons”, what stops the Army from closing the borders to Abuja for a week or month for the same reasons if they choose? The black man is backward because he, alone among races, cannot think deeply until the precedents they allow come to haunt them.

These are only examples.
LAST LINE: Despite the coup against the people, the election will still be disputed. So what was the use of violating our constitutional rights?