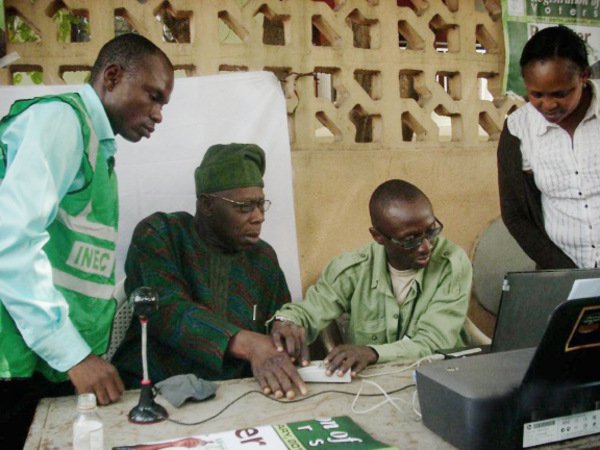 The Independent National Electoral Commission (INEC) has finalized arrangements to begin a nationwide continuous voter registration exercise ahead of the general elections in 2015.

Chairman of INEC, Prof. Attahiru Jega, who made this known through his Chief Press Secretary, Mr. Kayode Idowu, said that the nationwide voter registration would commence early next year.

Idowu said INEC had initially scheduled the continuous voter registration to commence at the end of 2013 but had to postpone it due to administrative bottlenecks.

He explained that it became necessary to postpone the exercise because the batteries for the Direct Data Capture (DDC) Machines which were used before the 2011 general elections and have been kept in storage for future use, got worn out thereby, requiring replacement.

Idowu added that the commission opted to import new batteries for the DDC machines to avoid the technical hitches that characterized the just concluded governorship elections in Anambra State.

“It (voter registration) would happen next year.

“What is happening is administrative. It would have started before the end of this year. The batteries for the DDC machines had worn out, so we have placed order for a new set of batteries.

“Hopefully, as early as possible, next year, we hope to start.  These are just administrative issues that delay things.

“When you store laptops for a long period of time, the batteries would wear out. We didn’t want the technical hitches that we experienced in Anambra to be replicated in the national exercise; that is why we placed order for new ones”, he said.

The INEC chairman’s spokesperson while allaying fears over the purported non-registration of voters, said the commission had made a definite commitment that it would carry out continuous voter registration.

He said  the CVR was designed to avail those who had turned 18 since the last exercise in 2011 and those who were 18 and above but were not registered at the time, the opportunity to do so.

“There is absolutely no basis for such fear. The commission has made a commitment to the nation that it will roll out voter registration before the 2015 elections and that commitment remains inviolable.

“It will also provide opportunity for those whose data were somehow defective and were thus on addendum register to get properly captured into the biometric registration.

“While awaiting the national roll-out of CVR, we have been carrying out the exercise preparatory to the governorship elections. We did it in Anambra State; we will do it in Ekiti and Osun states. So the fear is unwarranted,” he added.